LAKE FOREST, Ill. – After crossing another stadium off his first-pitch bucket list, Jordan Spieth is ready to retire his pitching arm.

Spieth threw out the honorary first pitch before Tuesday’s game at Wrigley Field between the Chicago Cubs and the New York Mets. It follows similar opportunities he had to throw opening pitches for the Boston Red Sox at Fenway Park and for his hometown Texas Rangers, both in 2015. Spieth explained at the BMW Championship that he was humbled to have a chance to walk to the mound at Wrigley, a stadium that opened in 1914.

“I hit the three bucket-listers for me there. I’m done now,” Spieth said. “Fenway and Wrigley, just growing up and hearing about the history – just being a baseball fan and just knowing they’re the most historic ballparks along with the old Yankee Stadium. It’s really cool. It’s awesome.”

1st in the #FedExCup.
1st pitch at the @Cubs [email protected] bringing the heat.pic.twitter.com/ztjRH6Qpc7

While Spieth plays golf right-handed, he’s actually a southpaw on the pitcher’s mound. Despite conquering major championship pressure throughout his young career, the 24-year-old admitted to feeling a bit of nerves prior to Tuesday’s offering that missed the strike zone.

“I’m like, ‘Man, the only way you end up on ESPN is if you really screw this one up,’” Spieth said. “So I just, I kind of bailed a little, threw it a little high, but definitely was nervous walking out there.” 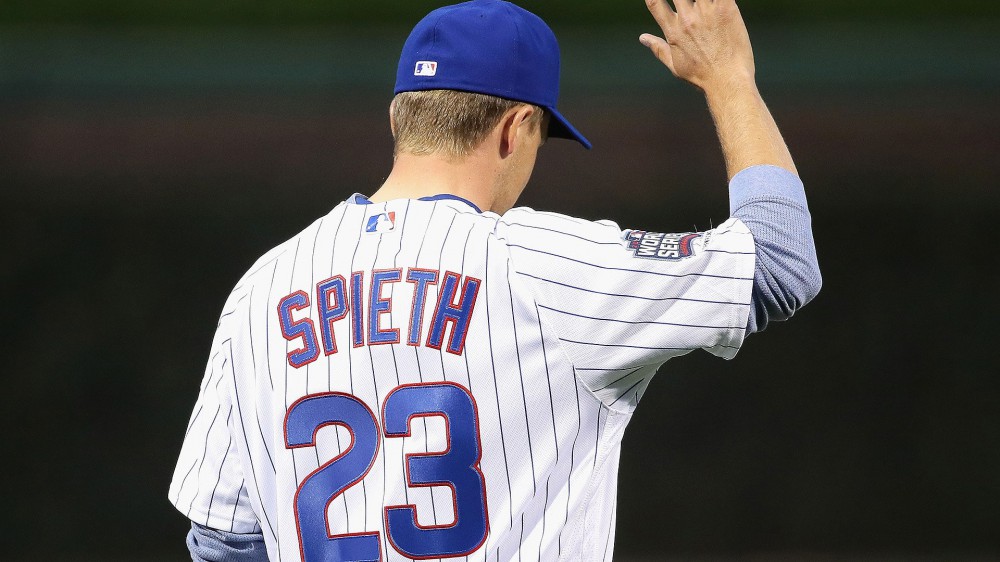