Home Golf News & Information Spieth has off-day, drops to 4 over for the week 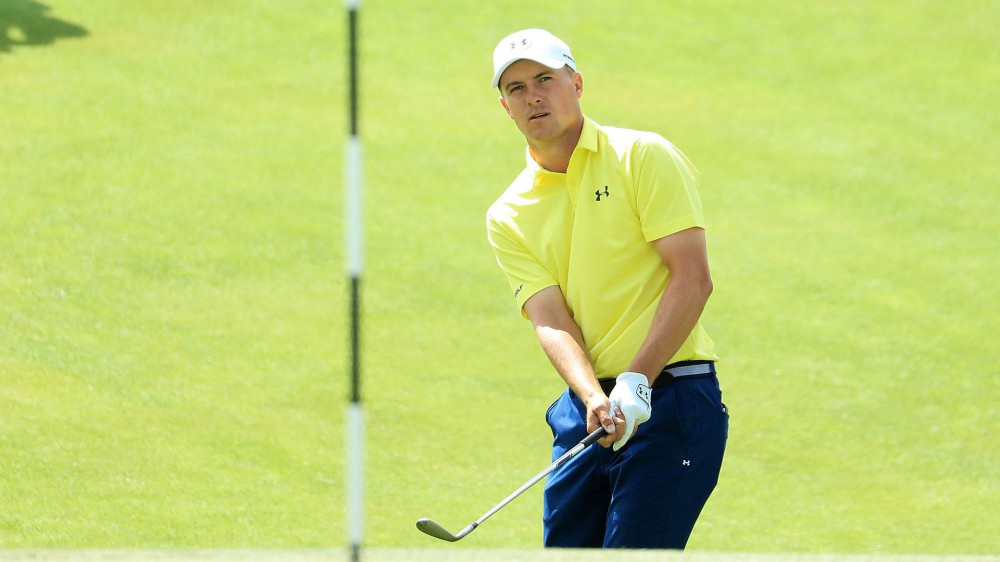 ERIN, Wis. – It wasn’t what Jordan Spieth expected on Day 3 at the U.S. Open, but then given how this week has gone for the game’s top players it’s not entirely a shock.

“Today was an off day. Pitchers have good days and bad days, and I took an L today,” Spieth said following a third-round 76 at Erin Hills that dropped him to 4 over for the week.

The 2015 champion is hardly the only marquee player who struggled this week, and he is at least around for the weekend. The world Nos. 1, 2 and 3 – Dustin Johnson, Rory McIlroy and Jason Day, respectively – all failed to make the cut at the year’s second major.

In fact, just four of the top 10 players in the world made it to the weekend at Erin Hills, with No. 9 Rickie Fowler leading the way at 6 under par.

“I think that’s random. I think it’s just happened to be the case,” Spieth said when asked about this week’s struggles for the game’s best. “There’s a lot of fantastic players who have been playing well this entire year, that are up on the first page of the leaderboard and guys that have been playing well recently. If you’re in good form that’s going to stay here.”