Spieth: I got 'Augusta'd' in Round 1 of the RBC Heritage

Jordan Spieth got “Augusta’d” in the opening round of the RBC Heritage, and it had nothing to do with hitting his tee shot into the water on the par-3 14th.

Spieth said he had a difficult time adjusting to the speed of the Harbour Town greens, in comparison to the quicker conditions he dealt with last week at Augusta National, here he tied for 21st at the Masters Tournament.

Beginning on the 10th hole Thursday, Spieth played his opening nine holes in 2 over par, with one double – after hitting his tee shot short, into the water at No. 14 – and eight pars. He recovered on the front side with three birdies compared to one bogey.

“I really got Augusta’d out here. What I mean is, I was still putting to the speed of Augusta. I haven’t fully made the transition away from that,” Spieth said after his even-par 71. “And as we are expecting high winds I’m sure the greens will slow down even more to make it fair. I’m really going to need to dial in my speed on the greens. Just tough out there coming off last week to this week, to get yourself to pop it harder than you really want to.”

Afternoon thunderstorms and winds of up to 35 mph are expected on Friday on Hilton Head Island, though, the weekend is clear. Spieth just needs to qualify for the final two rounds. He is currently tied for 53rd and on the projected cut line.

“It’s one stroke, but to shoot over par versus even is actually kind of a big deal. It doesn’t feel like the golf course beat you today. It’s a three-round tournament, just kind of one round, tied the course,” Spieth said.

“But with the conditions we have coming up through the next three days I kept myself in it. I really could have shot 2 or 3 over today. And feel like the game is progressing.” 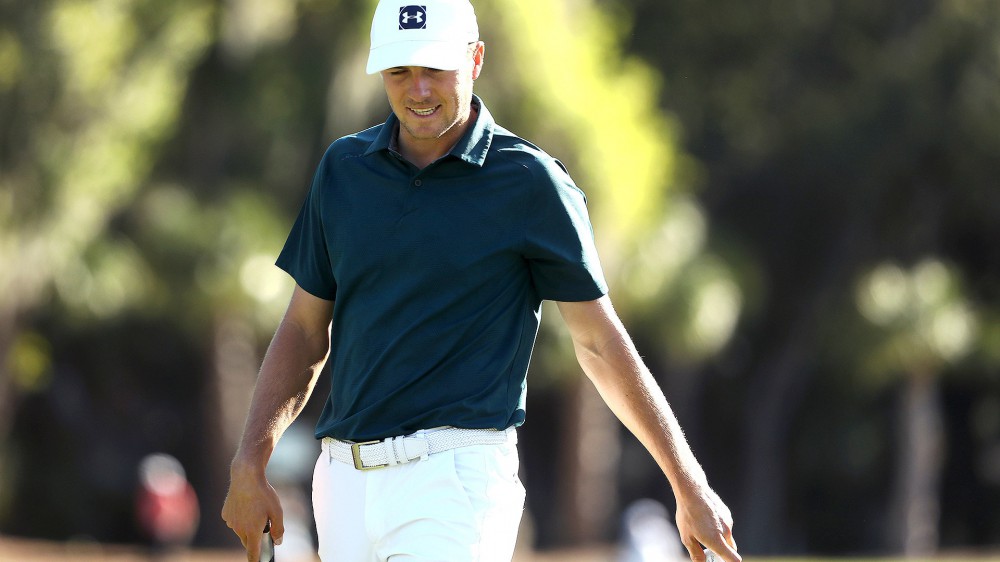 Spieth shoots 42-31 thanks to errant, then excellent driving