Jordan Spieth broke out of a crowded pack with three consecutive birdies on the back nine to take command of The Northern Trust. Here’s how things stand after 54 holes in Old Westbury, N.Y.

What it means: Spieth came into the first event of the FedExCup Playoffs in third place in the FedExCup standings, so a win would move him into first place. But The Northern Trust is just the first of four playoff events, culminating with the Tour Championship, so let’s not get ahead of ourselves. Spieth is looking for his fourth win of the year.

Round of the day: Spieth’s 6-under 64 had ups and downs (believe it or not). He made four birdies on each side, but bogeyed the first and ninth holes.

Best of the rest: Also shooting 64 was Kevin Chappell, whose five-birdie back nine helped him move up 39 spots into a tie for eighth.

Biggest disappointment: Rickie Fowler was part of a logjam atop the leaderboard after 36 holes, but he made five bogeys in his first six holes on the way to a 4-over 74 and is 10 shots back.

Outlook going into Sunday: World No. 1 Johnson will join No. 3 Spieth in a dream final-round pairing. DJ birdied his final hole on Saturday to shoot a 67 and pull within three shots of the lead. 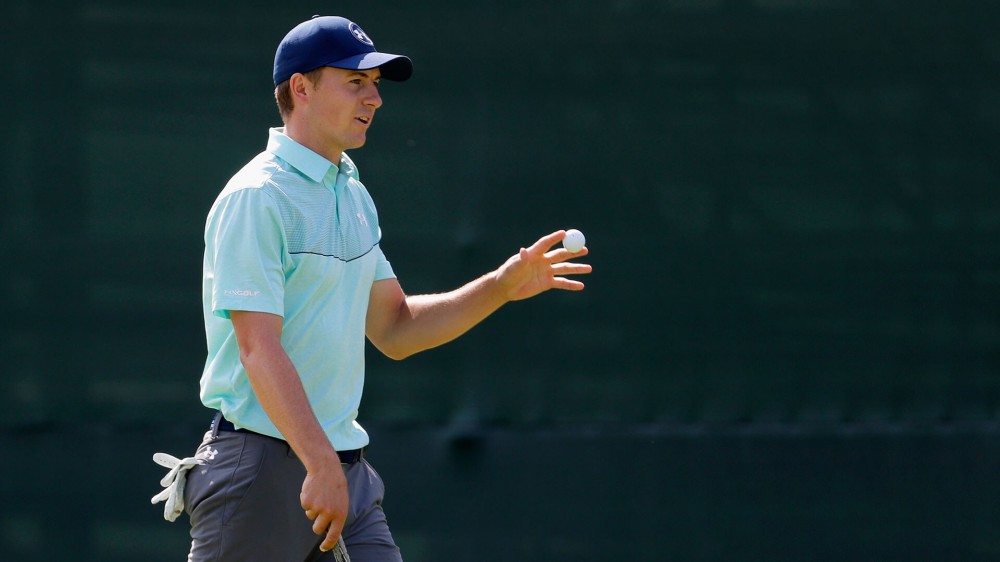