Johnson had begun the finale atop the playoff points list but finished in a tie for sixth place. He then had to wait through a playoff between Rory McIlroy, Ryan Moore and Kevin Chappell to see if he had won the FedExCup. If Moore or Chappell were to win the overtime set, DJ takes home the $10 million.

“I mean he’s sitting there not able to control a $7 million difference [between first and second on the season-ending points list], like that doesn’t happen anywhere else,” Spieth said. “It’s like having a $7 million bet on a fight that you’re not even taking part in.”

McIlroy ended up winning the Tour Championship and the cup.

It appears Spieth will be in a similar position on Sunday, after a third-round 69 dropped him into a tie for 13th place. Under the current projections, Paul Casey, the 54-hole leader, would win the cup, but that could all change on Sunday.

“Unfortunately, I’m not really in control of my own destiny at this point, but I’ll go out tomorrow, try and shoot a really solid round of golf and then do some cheerleading,” Spieth said.

The more immediate concern for Spieth will be his own game, figuring it’s best to focus on the lead and trying to win the tournament instead of the complicated formulas that will decide the season-long race.

“I know that I’m capable of going low on this golf course, it’s a matter of hitting fairways, it’s a matter of getting the ball in the hole on the putting green and neither one of those has been a strength this week unfortunately, but one day to go,” Spieth said. 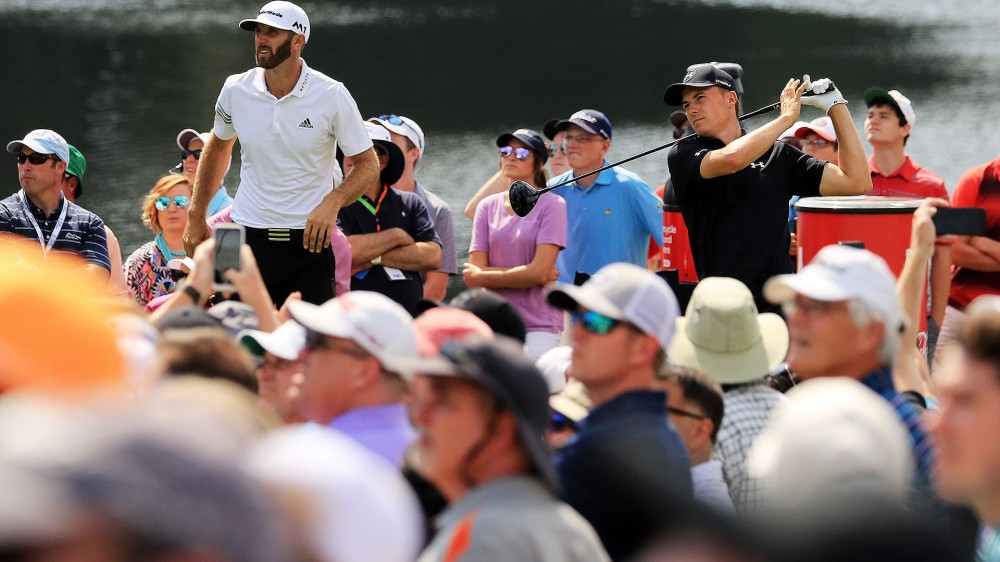