SAINT-QUENTIN-EN-YVELINES, France – Plenty has been made about the 25-year drought for American teams on European soil in the Ryder Cup. But according to Jordan Spieth, the errors of past squads are not a concern for the 12 men eager to end the dry spell at Le Golf National.

Spieth made his Ryder Cup debut four years ago in hostile territory at Gleneagles, going 2-1-1 in an event where the U.S. lost by five points. So he has some understanding of the gauntlet that awaits, experience that major champs like Brooks Koepka and Justin Thomas currently lack.

But in Spieth’s estimation, that lack of experience in away games could turn into a strength once the matches begin in earnest.

“As far as our team’s concerned, there’s only a couple guys that have any kind of scar tissue on playing on away soil,” Spieth said. “And those guys have won a combined 120-something times and account for (19) majors.”

“Those guys” would be Tiger Woods, who is returning to the Ryder Cup as a player for the first time since 2012, and Phil Mickelson, who is making his 12th straight appearance. Both notched victories this year on the PGA Tour, including Woods’ triumph Sunday at the Tour Championship, making them two of the most decorated captain’s picks in tournament history.

Of the other 10 members on the squad, only Bubba Watson and Rickie Fowler have experienced multiple Ryder Cup defeats in Europe, having also been on the 2010 squad that lost in Wales. As for Woods and Mickelson, Spieth doesn’t expect them to need much guidance despite the fact that they have tasted as much success in Europe as their other less experienced teammates.

“I mean, we’re not worried about the two older guys on the team that have scar tissue,” Spieth said. “The rest of us are simply here and looking at this week as an opportunity for us to show that the golfers from the United States can beat the golfers from Europe, and we can do it over here. That’s the goal.” 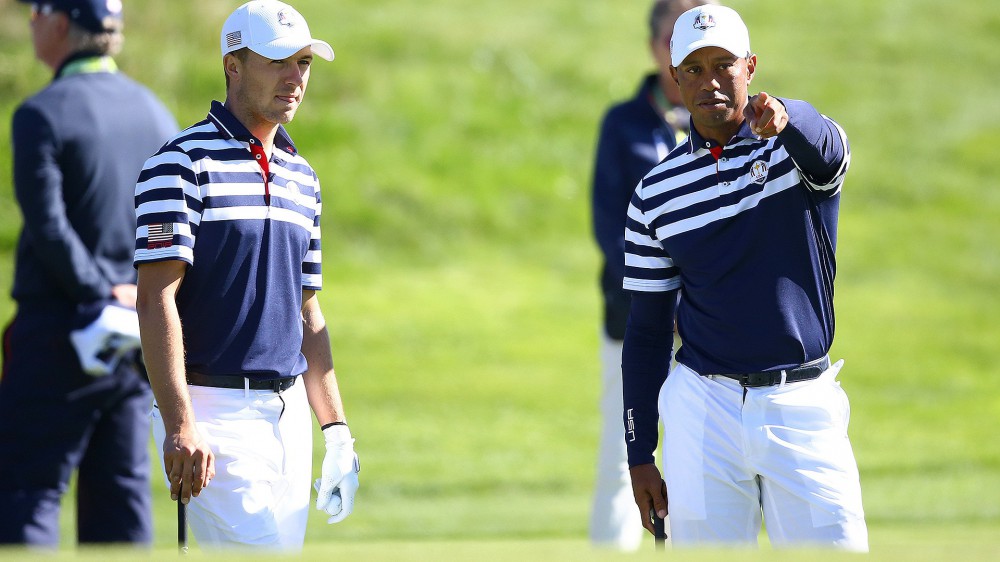