SAINT-QUENTIN-EN-YVELINES, France – Tuesday’s U.S. groupings at the Ryder Cup may give a glimpse into what potential pairings we will see this week at Le Golf National.

Whether those groups will make up captain Jim Furyk’s version of the team’s pods, however, remains to be seen. Given that half of his team has never played Le Golf National, Furyk said he tried to match players on Tuesday with those who had some experience on the course.

“Today is really about trying to learn the golf course and hit some solid golf shots,” Furyk said. “There may be some pairings out there and there’s some groups there isn’t. Just want them concentrating on their own game right now. They are very aware of who they will be playing with this week and they are very aware of some of the options they have.”

Given the success of previous pairings and some relatively obvious choices, it seems there are some likely options for the U.S. Woods and DeChambeau have become regular practice-round partners and at the Tour Championship they experimented with the other player’s golf balls on Tuesday.

It also seems likely that Spieth-Thomas and Fowler-Johnson will be paired in some form this week. 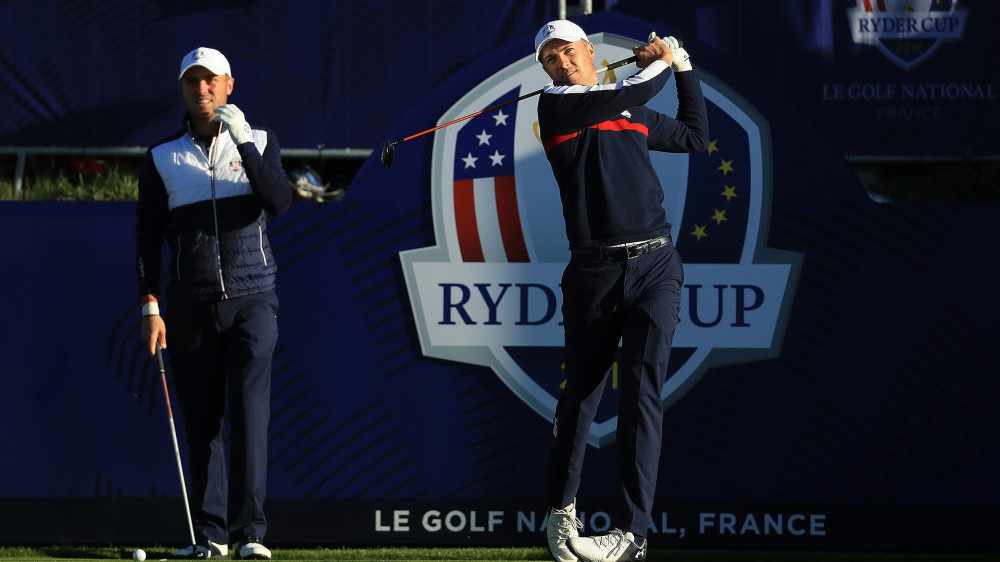