We all know Jordan Spieth is pretty good when playing his own ball. As Thursday’s Presidents Cup foursomes matches demostrated, he’s not too shabby playing someone else’s, either.

Spieth and Patrick Reed defeated Emiliano Grillo and Si Woo Kim, 5 and 4, as the United States jumped out to a 3 1/2 to 1 1/2 lead. The victory improved Spieth’s record in foursomes – or alternate-shot matches – to 4-0-0, which is the most foursomes wins without a loss or tie in Presidents Cup history. Spieth and Reed are undefeated – 2-0-2 – in foursomes in Presidents and Ryder Cups combined.

The anti-Spieth is Charl Schwartzel of the International team. After he and Hideki Matsuyama lost, 6 and 4, to Justin Thomas and Rickie Fowler, Schwartzel’s foursomes record in the Presidents Cup dropped to 0-5-1. Jason Day has experienced similar foursomes futility, going 0-4-3 in seven career foursomes matches.

Some other statistics from Day 1 at Liberty National:

• The U.S. has led after the first session eight previous times. It went on to win the cup all eight times.

• The U.S. has led after each of the last 27 Presidents Cup sessions.

• Before Matt Kuchar and Dustin Johnson defeated Johnattan Vegas and Adam Scott, 1 up, the Americans had not led at any point in the match until the 16th hole.

• Branden Grace and Louis Oosthuizen improved to 5-0-0 as a Presidents Cup partnership with their 3-and-1 win over Daniel Berger and Brooks Koepka.

Compiled with inforation provided by the Golf Channel Research Dept. 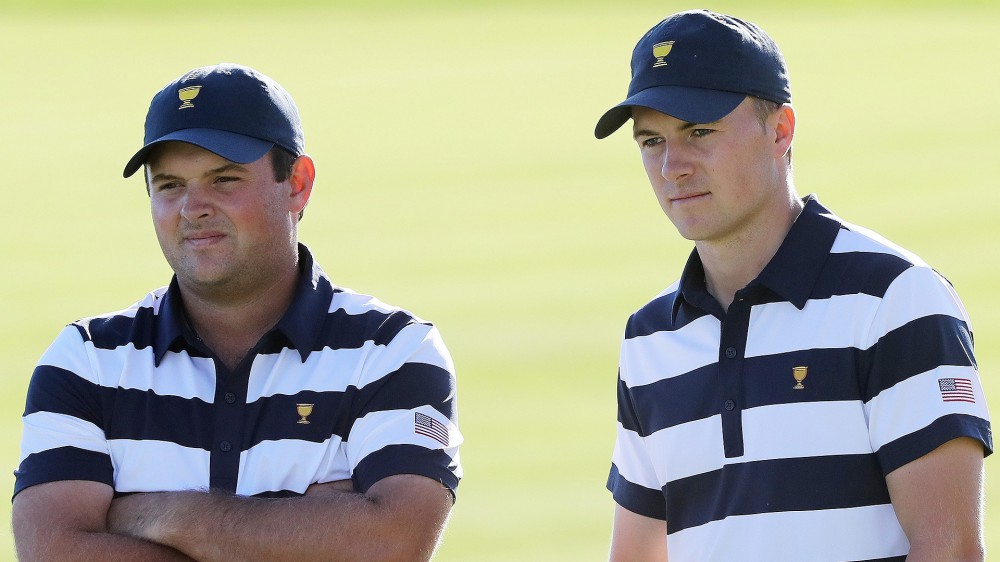