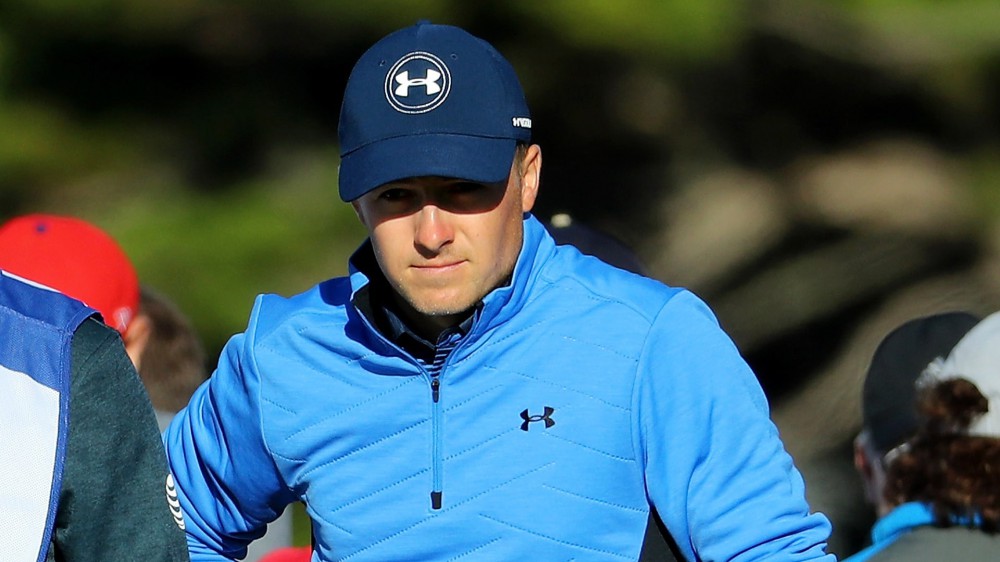 PEBBLE BEACH, Calif. – Jordan Spieth left the AT&T Pebble Beach Pro-Am Sunday feeling a lot better about his putting than he did leaving a missed cut in Phoenix last week.

With a 1-under-par 71 in the final round, Spieth left scoring tied for 20th. He holed a monster 54-foot putt on the fifth hole and needed just 25 putts on the round, his best day with the flat stick this week.

“My putter made tremendous progress this week,” Spieth said. “I feel great about it going forward. I just need to tighten up the swing a little bit, just wedge play, really.”

Spieth, one of the best putters on Tour, came into the week ranked 195th in strokes gained putting. He acknowledged being in a “minor slump,” with his focus on improving technique, so he can get back to just letting the putter go.

“The putts I missed today were the ones I misread,” Spieth said. “I don’t think I put one bad stroke on it, which is the first time I can say that in a long time.”

It didn’t hurt having Steve Stricker take a look at his putting this week. He said his coach Cameron McCormick, and his caddie, Michael Greller, also helped with the week’s improvements.

“Michael made a really good point yesterday during the round, on just how static I was, and getting things moving a little bit,” Spieth said. “I just really felt comfortable there on.”

Spieth will jump right back into competition next week at the Genesis Open. He will take off the following week and not play the Honda Classic. He said he wasn’t sure if he would return the week after that at the WGC-Mexico Championship.

“I’m going to have to kind of see how I’m feeling, how I’ve been recovering in the week off, and then what is the best prep to be ready by the time we tee it up at Augusta,” he said.