Enberg was famous for his, “Oh, my!” reaction to spectacular moments. He worked for NBC Sports, beginning in 1975, and covered every sport imaginable, from the Olympics to horse racing to basketball. His time in the golf booth lasted from 1995-99, when he worked events like the U.S. Open, Ryder Cup and Players Championship.

In memory of the legend, take a listen as Enberg calls Payne Stewart’s victory at the 1999 U.S. Open, including his famous call of the winning putt. And click here to read more about Enberg’s award-winning career and life.

Dick Enberg, as good as it gets.
He cared about the game and the viewers. He elevated his partners. A perfect fit calling any sport .. and even better guy when you got to meet him. I will cherish our chats in Queens, Northern Michigan and at Wimbledon.
Prayers to his family.

Sad to hear of the passing of Dick Enberg, one of the greatest sportscasters of all time. He had it all–voice, feel and passion. #”Oh my”

A perfectly mystical morning thinking of #DickEnberg. The greatest and most passionate wordsmith I’ve worked with… #ohmy pic.twitter.com/458oqEg2br

Heartbreaking to hear about the passing of Dick Enberg. He meant so much to my Dad. He was a gentleman full of warmth, kindness and class. One of the true giants of the industry. Thoughts and prayers go out to his family. RIP pic.twitter.com/Psa6hxsHsp 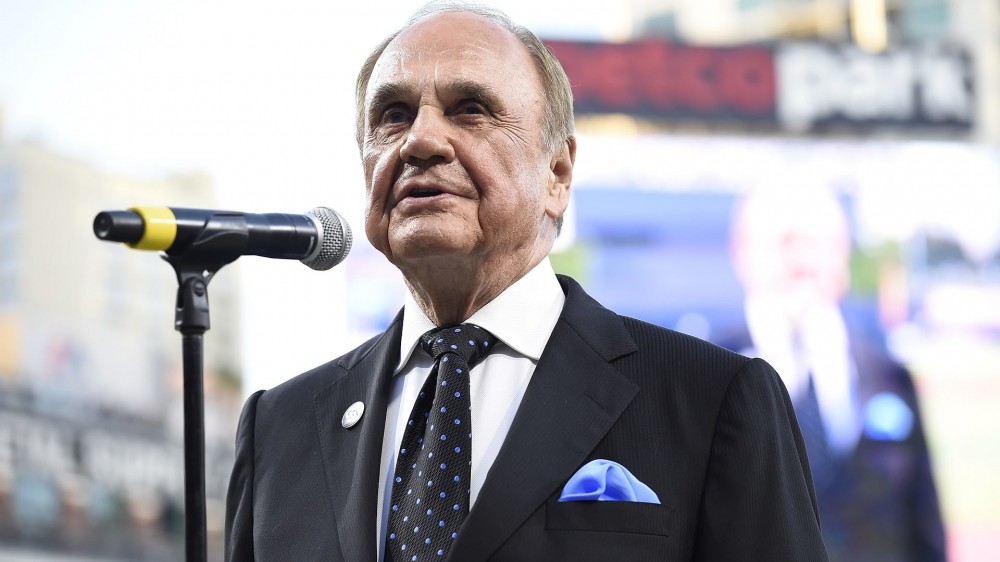