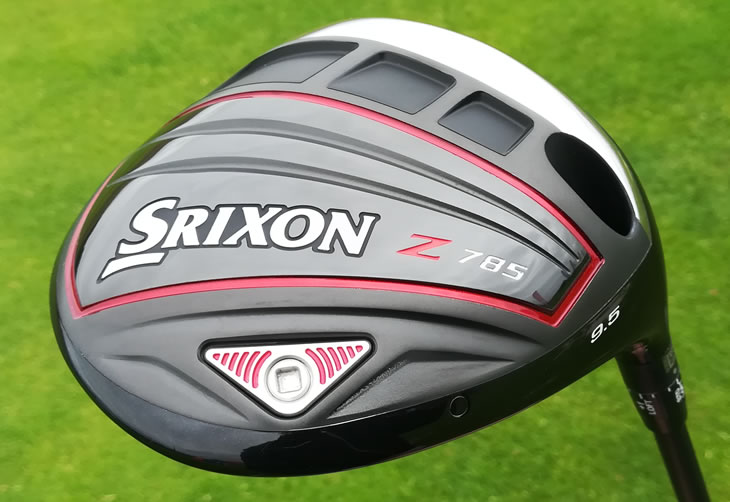 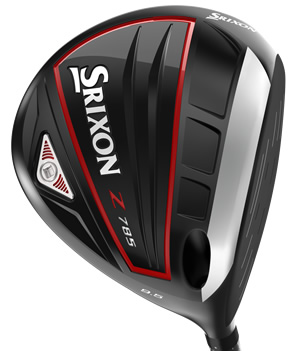 The sole loses the official Ripple design but still has some of the contouring in the centre and behind the face that should enable the sole to flex a little to enhance the ball speeds.

The crown is now made of carbon instead of titanium to save weight and gives the head a nice look in the right light.

It is 65% less dense than titanium and the type of carbon used is claimed to be stronger than even premium composite crowns.

The face is the Ti51AF Cup Face design that wraps around the front of the head and is 8% stronger and 1% lighter than standard 6-4 titanium.

This material was first used on the premium XXIO driver from Srixon’s sister brand and supply of the material is limited so better get in there quick!

The aim of all this is to make the hitting area as large as possible and compared to the previous model, the Z 785 did seem to deliver a better flight, with a better sound and feel.

This is where Srixon drivers have maybe struggled in the past and the design of what is effectively quite a high tech, premium head is delivering performance that could challenge the leading drivers in the market.

Fitting it correctly will be key and there is a choice of two heads at 9.5 and 10.5 degrees that can both be adjusted by +/- 2 degrees using the Quick Tune Adjustment and Customization System, which will hopefully take less time than it does to say it.

It is one of the more comprehensive hosels when it comes to notation, but it does the job as long as you don’t go too far from the standard setting.

You can also get a non-adjustable version with a fixed hosel if you are in the USA and you know where to find them.

At address it sat very well with a nice shape that was maybe a little pointy at the back as the CG gets drawn back.

The all black styling looks great, but some may prefer some contrast with the face colour to help with alignment.

Unusually for a Srixon driver, the Z 785 comes with a Project HZRDUS shaft as standard instead of the sister company’s Miyazaki version, which is a bit of a surprise, but both shafts are very good.

On GC2 it probably would have been up there with the longer drivers if I had the right shaft in it, as the 9.5° with the HZRDUS was generating too much spin, but that is the case with most drivers.

Compared to the previous model, the Z 785 is more of a challenger to the big boys, especially as the RRP is under £350.

For this you get a high quality driver that looks, sounds and feel great, so if the distance numbers stack up for you then this will be a good value for money choice.