Stairs get another Johnson, this time DJ's brother/caddie

PALM HARBOR, Fla. – When it comes to PGA Tour housing, the Johnson brothers might want to start looking into one-story options.

It was two years ago that Dustin Johnson headed to the Masters as the presumptive favorite, only to withdraw ahead of the opening round because of a back injury sustained when he slipped and fell down some stairs at his rental house in Augusta. The injury led Johnson to miss nearly a month of action.

This week at the Valspar Championship it’s his brother and caddie, Austin, who’s suffering. Austin Johnson was sporting a black cast on his left wrist Tuesday on the driving range, and he added a sling while carrying the bag during Wednesday’s pro-am.

Dustin Johnson explained that his brother broke a bone in his hand Sunday night, slipping while going up some stairs as the two were packing up their house near TPC Sawgrass following Johnson’s T-5 finish at The Players Championship.

“He had a bit of a run-in with a pair of stairs, kind of like I did,” Johnson said. “Those stairs, man. They’ll get you.”

Currently the top-ranked player in the world, Johnson is making his first appearance at Innisbrook since a missed cut in 2010 in order to satisfy the Tour’s rule requiring players who make 25 or fewer starts to add an event they haven’t played the last four years.

“I had a few tournaments to pick from, and this fit the best in my schedule and out of the courses I had to choose, I think I like this one the best,” Johnson said. “I feel like the game’s in good form, so it’s a good golf course for me.” 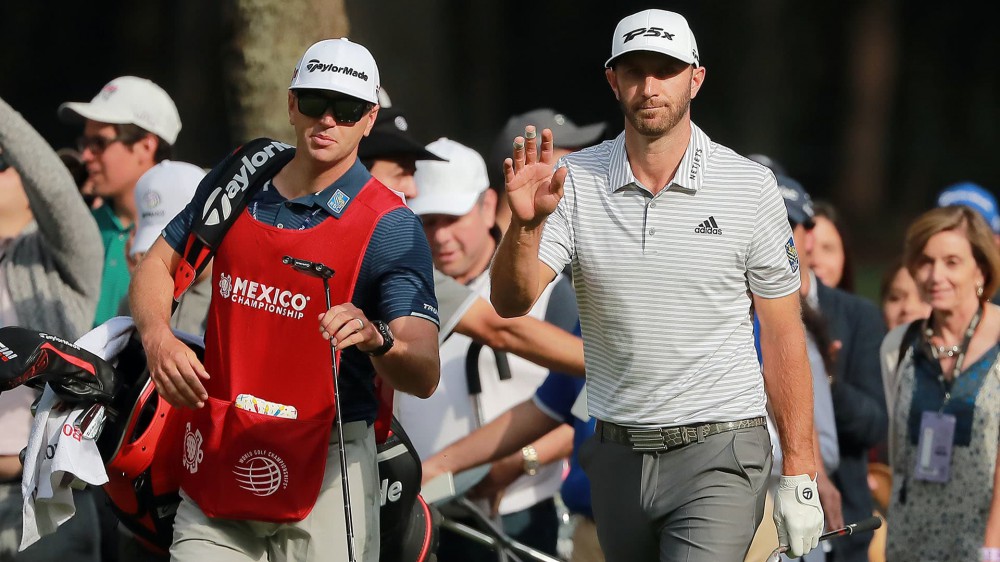