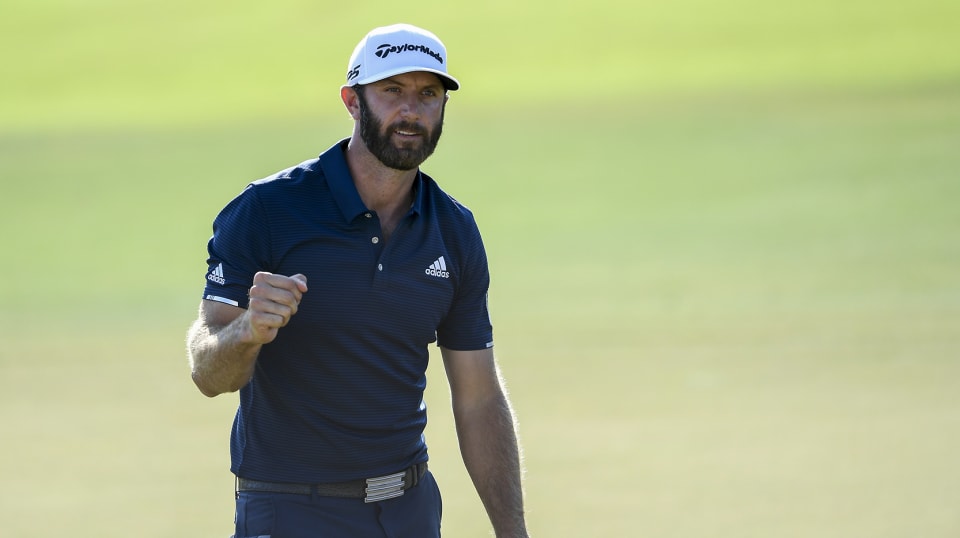 In
the second year of the starting-strokes format, Johnson started with a
three-stroke lead over Thomas, and a seven-shot lead over Schauffele.
Over 72 holes at East Lake, Thomas tied him and 2017 TOUR Championship
winner Schauffele beat him by four. You could even say he won the game
within the game.

Not that he was taking a victory lap, even if a tie for second in the FedExCup is not too shabby.

“He
deserves to win,” Schauffele said, noting Johnson’s body of work over
the course of the season, which saw him capture the Travelers
Championship and THE NORTHERN TRUST, finish second to Collin Morikawa at
the PGA Championship and Jon Rahm at the BMW Championship, and bring it
home at the TOUR Championship.

Johnson would’ve tied for third
absent the starting strokes at East Lake. Scottie Scheffler, who
finished fifth in the FedExCup, also beat him in Atlanta, by one, but
started just too far back – eight strokes.

“He obviously is playing great golf,” Schauffele said of Johnson, “and I think that’s what the Playoffs is all about.”

As
for Schauffele, a four-time TOUR winner, he was enviably consistent
with 16 top-25 finishes, including seven top-10s, in 18 starts. True, he
never quite made it to the trophy ceremony, but he seems to be heating
up just in time for what promises to be a jam-packed fall, including the
U.S. Open at Winged Foot in two weeks.

“I’m starting to kind of
hit my driver better,” he said, “hit my irons a little bitter, obviously
putted incredible this week, and it’s a good time to start playing well
before a major.”

“When
I went through all three stages of Q-school and got my TOUR card I
think they gave me like a $25,000 check. I thought I was rich.” – Dustin
Johnson

“He was putting so bad and playing so bad. But he never
gave up.” – Justin Thomas on watching Johnson shoot 80-80 at the
Memorial Tournament presented by Nationwide in July

“He deserves to win.” – Xander Schauffele on Johnson’s 1-2-1 run in the FedExCup Playoffs

For
his body of work over the entire season, especially since the restart
in June, Dustin Johnson earned his first FedExCup title by three over
Justin Thomas and Xander Schauffele.