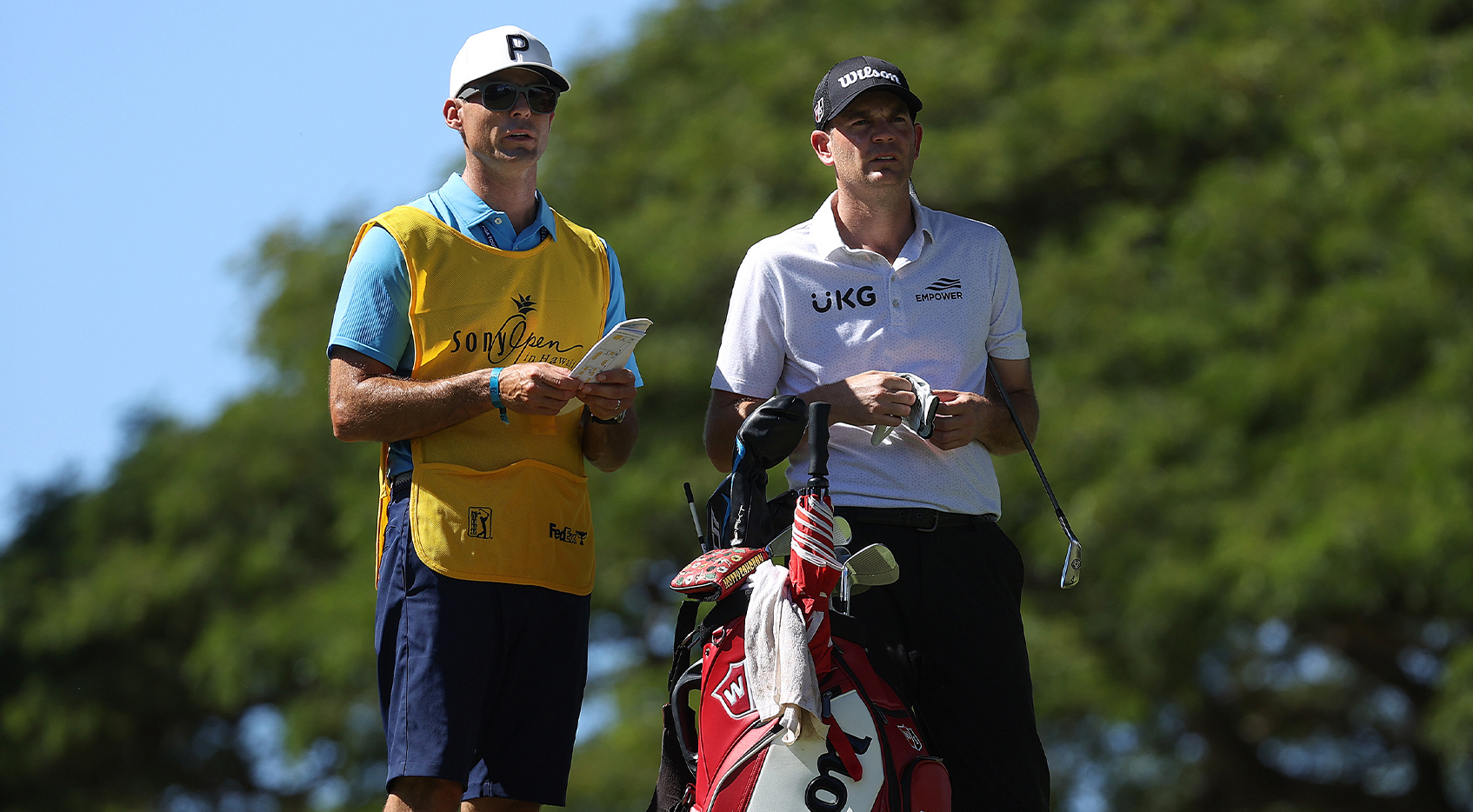 HONOLULU (AP) — Brendan Steele had the lowest score of his PGA TOUR career with a 9-under 61, giving him a two-shot lead and another chance to win the Sony Open in Hawaii.

Steele has reason to still be smarting from last year. He had the tournament all but won until a series of errors over the last three holes he played to lose in a playoff to Cameron Smith.

And if Saturday was any indication, even a two-shot lead isn’t safe.

Overnight rain at Waialae Country Club, coupled with the tropical wind not even strong enough to make palm trees sway, left the course as vulnerable as it has ever been.

Steele didn’t even have the low score to himself. Kevin Na also had a 61 and was two shots behind, along with Kapalua runner-up Joaquin Niemann. Na had it going so well he thought about a 59 when he stood over a 10-foot birdie putt on the 17th, knowing that would leave him an eagle away from golf’s magic number. On this day, he had to settle for a 61.

Niemann squinted his eyes into the setting sun as his approach on the par-5 bounced up to 10 feet for a birdie-eagle finish and a 63. In two holes, he went from outside the top 10 to the final group on Sunday.

Starting times have been moved up by two hours Sunday with hopes of finishing ahead of heavy rain in the forecast.

Steele had a two-shot lead with two holes to play a year ago when he missed a 6-foot par putt on the 17th hole, hit a wild hook on his approach to the easy par-5 18th and had to settle for par, and then missed the 10th green with an 80-yard shot in the playoff. It was a final hour when everything went wrong.

On this blissful day, everything went right.

And he wasn’t alone.

Keith Mitchell, who had a 62 on Friday, took the lead at one point in the third round and was 8 under through 15 holes on his round when his tee shot landed near a cement wall of a house and cost him a penalty drop. A mediocre finish gave Mitchell a 63, which felt even higher being in the same group as Na.

Nick Taylor, who took a two-shot lead into the third round, was keeping pace until a pair of bogeys on the back nine. He shot a 68 and was still only four shots back.

Such is the nature of this tournament in this kind of weather. It was wide open on Saturday, and it’s not likely to be any different in the final round.