ORLANDO, Fla. – Henrik Stenson will be sticking around for the weekend at Arnie’s Place. The same can’t be said for his caddie.

Stenson improved by 11 shots Friday, carding a second-round, 6-under 66 to move to 1 under and avoid what would have been his second missed cut in 11 career Arnold Palmer Invitational starts. But when Stenson’s fill-in caddie, buddy Marcus Larsson, handed in his bib Friday evening, he wasn’t getting it back.

Stenson had a pre-tournament plan in place to use Larsson for the first 36 holes and then sub in his former caddie Fanny Sunesson, who retired from Stenson’s bag in 2012, for the weekend.

Sunesson arrived at Bay Hill late Friday afternoon to look at the golf course and prepare for her return to Stenson’s bag.

“She thought she was going to have the weekend off, potentially,” Stenson said, “and now she’s like, ‘Oh, I’m going to work!’”

She’s arriving at the right time, too, as Stenson is coming off a six-birdie, bogey-free performance in which he ranked second in the field in strokes gained: approach-the-green and fourth in strokes gained: putting. Stenson credits the improved iron play to a two-hour session Thursday night with instructor Pete Cowen.

“I still have to fight a little bit out there, but [my ball striking] was certainly in a better way,” Stenson said. “I hope I can carry on some momentum here because we got a lot of big events coming up.”

Larsson, who has subbed in on Stenson’s bag before, won’t be out of a job for long. He’ll caddie for Stenson next week at The Players after looping for Stenson’s 9-year-old son Karl in a U.S. Kids Golf event this weekend.

“That’s more important to me,” Stenson said. “But don’t worry, he’ll get another chance next week.” 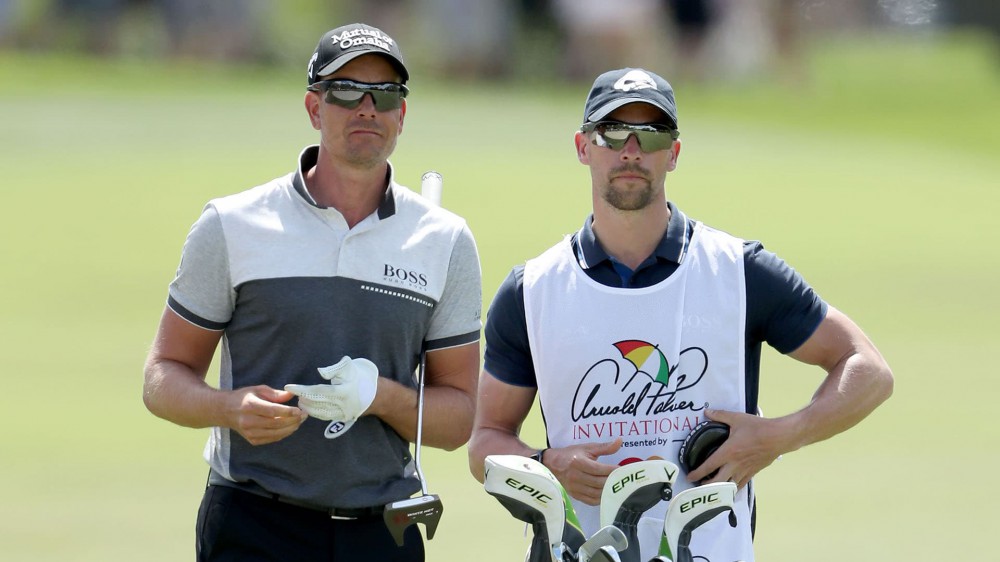 Watch: Daly makes an ace at the Chubb Classic