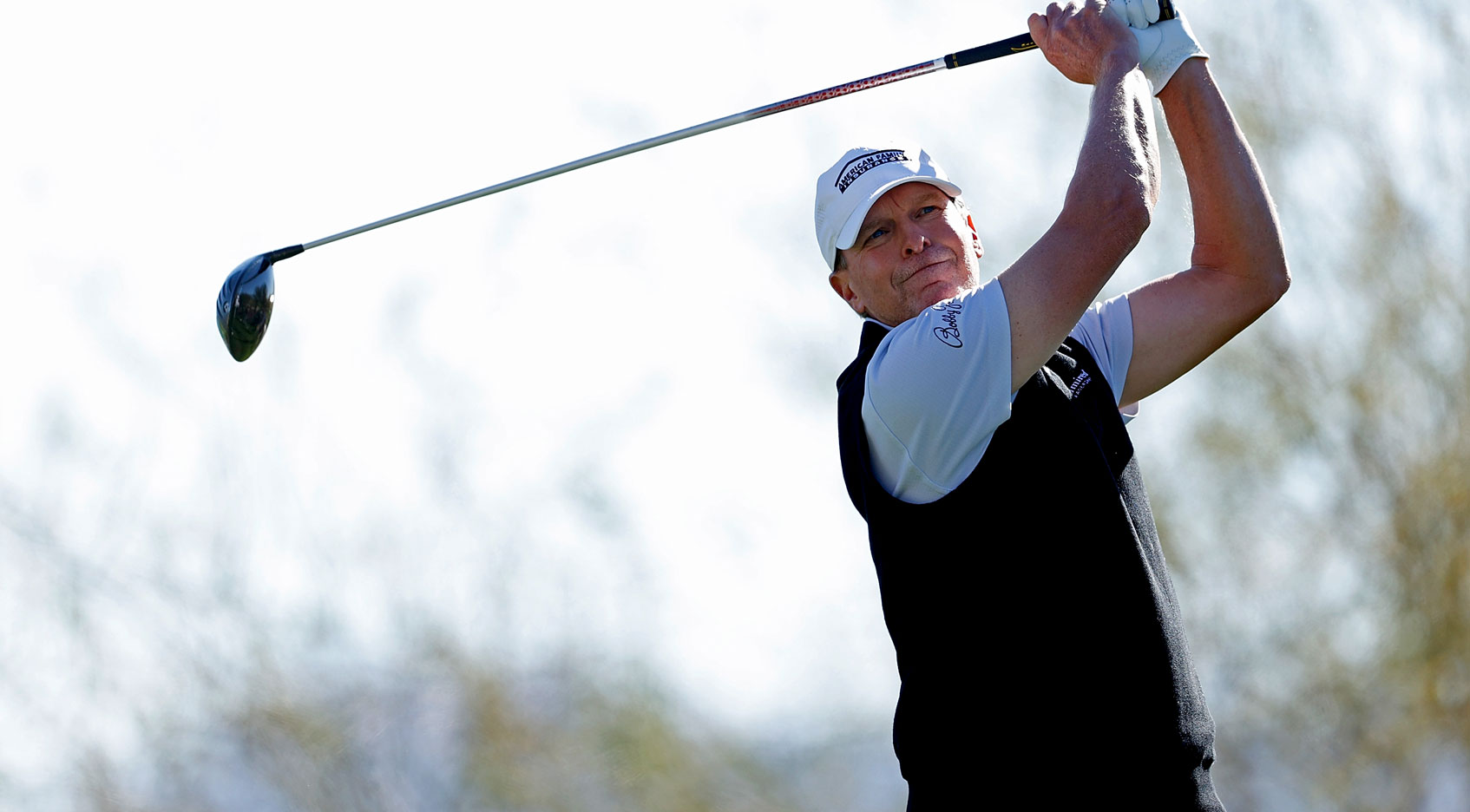 SCOTTSDALE, Ariz. – Steve Stricker had just shot 66 to reach 11 under, which put him in the early second-round lead at the Waste Management Phoenix Open.

Did it look like Stricker had aged since they first played together in Wisconsin junior golf 40 years ago?

“No,” Kelly said after the two pals plus Padraig Harrington had signed their scorecards at TPC Scottsdale. “Just his hair, that’s it. He had big, blond, shaggy locks back then. That was absolutely vintage Steve. Just get the ball in the fairway, get the ball on the green and try to make putts. He’s got such a great short game. It’s just really consistent, really solid, really good golf.

Stricker hit fairways and greens and took just 24 putts. At 53, he would be the TOUR’s oldest winner, besting Sam Snead (52 years, 10 months, 8 days) at the 1965 Greater Greensboro Open.

Seven players have won on TOUR after turning 50, most recently Davis Love III, who was 51 when he captured the 2015 Wyndham Championship. Fred Funk and Craig Stadler were each 50 when they won on TOUR in 2007 (Mayakoba) and ’03 (B.C. Open), respectively.

Stricker, who will captain the U.S. Ryder Cup Team at Whistling Straits later this year, admits he sometimes feels overmatched on the PGA TOUR. He admits he wouldn’t have even been here this week had the Ryder Cup not been pushed back from 2020 to later this year. He’s in the field to test his own game, yes, but also to keep tabs on the world’s greatest players.

Stricker’s heroics have not gone unnoticed, especially not by his potential Ryder Cup players. Brandt Snedeker saw fit to remind him that on TOUR the leaders tend to wind up on TV.

“Well, Snedeker is in my kitchen saying, ‘You need to smile, you’re leading the tournament, why aren’t you smiling?’” Stricker said.

Other players also have chimed in with texts.

Stricker has 12 TOUR wins, but the last one was back in 2012 at the Sentry Tournament of Champions. Far more top of mind these days are his five victories on PGA TOUR Champions.

“I know it’s a long shot,” he said. “I’ve got to play my very best, just like anybody else does out here, but, you know, I’ve been there. I’ve won a few times out on this TOUR and I know what it takes… It would be fun to see how I handle it if I do get that opportunity.”

Well, he’s getting it. Stricker has been taming TPC Scottsdale with his wife, Nicki, as his caddie. Their two grown daughters, Bobbi and Isabella, are among the limited galleries following the action.

Could he actually win?

“He totally could,” Kelly said. “There’s absolutely nothing stopping him from doing that.”