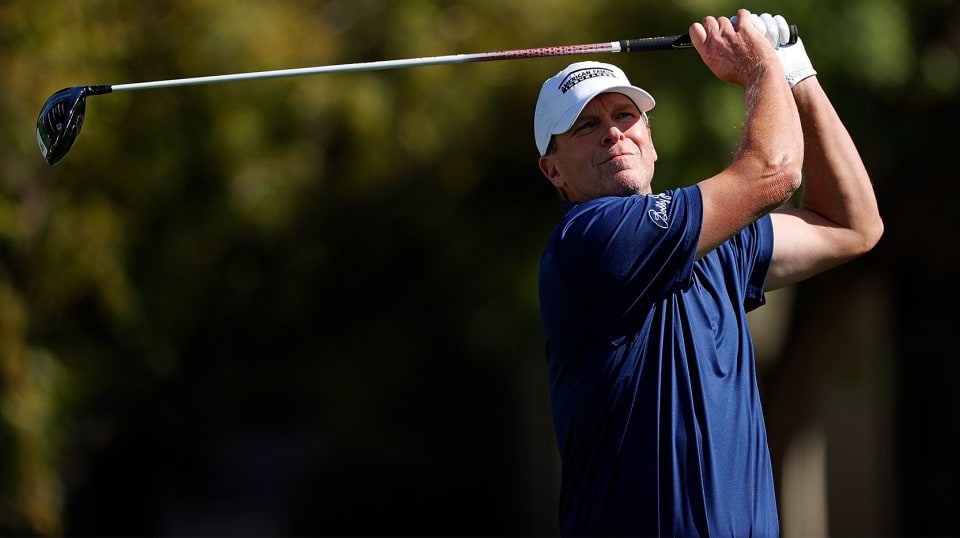 The 459th player in the world, 167th in the FedExCup, reminded everyone that he’s still got it at 53, shooting a 6-under 65 in the first round of the Waste Management Phoenix Open.

“Well, out here I don’t know if I feel like I belong anymore, to be quite honest,” he said after taming TPC Scottsdale with his wife, Nicki, as his caddie, and their two daughters, Bobbi and Isabella, tagging along on foot. “These guys, they all hit it 300 plus, 320s, 330s, and I’m just trying to get it in the fairway and get it up to 280. So the game has changed.”

Apparently, though, not beyond recognition for the veteran from Wisconsin who has been hunkered down in Naples, Florida, with his family since late October.

To say this was a surprise would be an understatement. For one thing, Stricker admitted he would have been playing exclusively on PGA TOUR Champions this year had the Ryder Cup not been bumped back to 2021. For another, this is Stricker’s 19th start here, with just one top-10 finish, a T7 in 2001. Also, he said after the round he hasn’t been putting very well, which is a bit like Yo-Yo Ma admitting he’s been having cello issues.

Alas, Stricker found something on the perfect greens at TPC Scottsdale, making nearly 100 feet of putts. His 65 was the best round by a player 50 or over since Tom Lehman (65) in 2011.

“I know if I can do my thing and roll the ball like I did today,” he said, “not get too crazy and try to stuff it when I have a long iron in my hand or something like that, I can do all right.

“It’s harder, but I enjoy the challenge.”

Grouped with fellow PGA TOUR Champions player Jerry Kelly (71) and Padraig Harrington (71), who will captain the European Ryder Cup Team in Wisconsin, Stricker hit 10 of 14 fairways and 13 greens in regulation. He was four for five in scrambling. The three veterans talked about the 50-and-over circuit, where both Kelly and Stricker have thrived and where Harrington is expected to play shortly after turning 50 in August.

As if anyone needed a reminder, Thursday underlined just how tough the competition is on that circuit. Stricker bettered second-ranked Jon Rahm (68), third-ranked Justin Thomas (70), fourth-ranked Xander Schauffele (66), sixth-ranked Rory McIlroy (70) and ninth-ranked Webb Simpson (73), the defending champion. Asked what he would say to the young American stars who are in the mix to play on his team, all of whom he beat, Stricker laughed but was careful not to gloat.

“Well, it’s only one round,” he said. “That’s what I would say, I guess. But it shows that I’m still out here trying to compete with them, trying to play, trying to beat them.”

Next week the Stricker family will be headed back to Wisconsin. The weather will be ice-cold, but Steve and Nicki haven’t seen their parents or their dogs in three months. They’re excited.

But that’s next week. For now, Steve Stricker is enjoying one more moment in the sun.