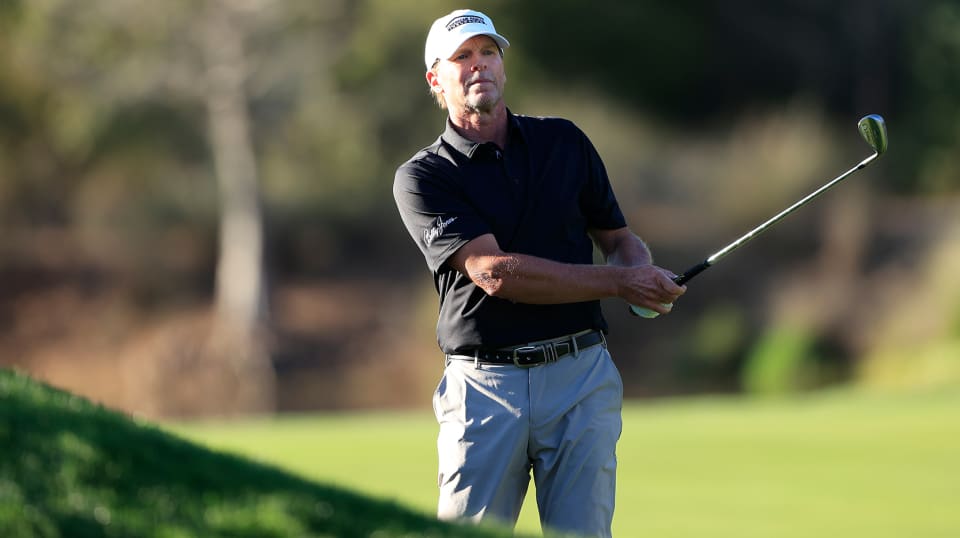 PONTE VEDRA BEACH, Fla. — Steve Stricker figures he got tired on his second nine in the first round of THE PLAYERS Championship on Thursday.

You can hardly blame him.

Stricker woke up at home in Naples, some 325 miles south of here, but rushed to the course by private jet – about a 45-minute flight – after learning he would get into the field as an alternate, replacing Justin Rose, who withdrew with a bad back. The transportation committee left him a car at the St. Augustine airport, and Stricker, 54, got in and zoomed north.

He took a COVID test and met fill-in caddie Eric Larson – freed up by Harris English withdrawing earlier – in the Sawgrass parking lot. Larson brought him breakfast. Then, after testing negative, Stricker birdied five of his first eight holes and shot 2-under 70.

Not bad for a guy who was fifth alternate last week.

“It started (Wednesday),” said Stricker, who is five behind leader Sergio Garcia. “Because I knew I was second alternate yesterday and I knew Justin Rose wasn’t feeling so good and I heard that Harry English was, had a little bit of a back problem, so I started to plan yesterday.

“I found a local guy down in Naples, Florida, that I could use his plane kind of at the spur of the moment kind of deal,” he continued, “and the TOUR was keeping me up to speed, and then I get a call at – I’m lying in bed this morning at 6:45, just kind of woken up, and they said that you are now the first alternate. And I’m like, ‘Well, I’m coming.’”

Players were dropping like flies as the tournament worked its way down the alternate list. And Stricker, who earlier this season finished T4 at the Waste Management Phoenix Open, knew that Rose – who had withdrawn from the Arnold Palmer Invitational presented by Mastercard – was looking iffy.

Once he got the call from the TOUR, Stricker and the pilots scrambled to get to the airport in Naples before setting out for points north.

“I actually got in the air at about 8:30,” he said, “quarter to 9. Got here at, I think about 9:35 I landed. Straight to the testing center and tested and I was actually out here a couple hours ahead of time before the tee time and just went to the back of the range, waited for my test to come back negative, and hit some balls, tried to get my bearings, and putt, chip, do all the little stuff.”

Although Stricker hadn’t played a practice round, he knew the course, having made 21 PLAYERS starts with a career best T6 in 1999. Also, Larson had walked it prior to English withdrawing, and knew how it was playing.

“This morning,” Stricker said, when asked when they connected. “Still lying in bed, he had called me and he was keeping me kind of up to speed on Harry as well, and I’m like, ‘Well, E, do you want to just stick around and caddie for me?’

“I’ve used him before as a caddie and we get along great, a fellow Wisconsinite, just a good guy,” he continued. “And he’s like, ‘Heck, yeah.’ And Harry was there on the other end and he’s like, ‘Go for it.’ So it worked out great. It wasn’t someone else I had to bring in.”

He admitted he was wildly fortunate just to be here.

“The guy I really need to think is like John Huh,” he said. “He took his name off that alternate list and he was one, I think one or two guys in front of me.

“So, I wouldn’t have gotten in if he would have decided to play,” Stricker continued. “So, yeah, never thought I would be here, but excited to be here.”

No doubt. But did he have a hotel room set up for Thursday night?