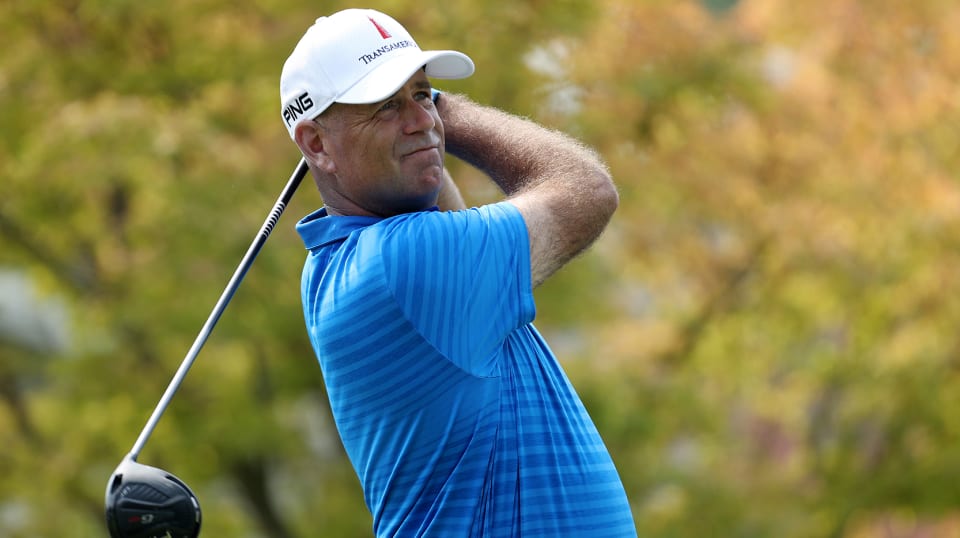 Stewart Cink calls himself “the old guy” and “old timer,” but don’t be fooled.

Although competing against players closer to his caddie/son Reagan’s age, he refuses to believe that his best days are behind him. Take, for example, Cink’s response late last summer to his distance dilemma. While he wasn’t ever going to catch up to Bryson DeChambeau or Tony Finau, there were other players, guys he’d once kept up with, who were leaving him behind.

“I just refused to believe it was because of the age number,” Cink said Tuesday from Kapalua, Maui, where he will play in the Sentry Tournament of Champions for the first time in 10 years.

Determined to crack the distance code, he huddled with his coaches. A small change at address gave him an optimized angle of attack and an additional 15 yards of carry. He fine-tuned his equipment specs during a deep dive with Ping, leading to another five-yard gain. Things were looking up.

And then, of course, he won the season-opening Safeway Open to end an 11-year drought.

His confidence restored, he added top finishes at the Sanderson Farms Championship (T12) and Bermuda Championship (T4), and after finishing 144th in FedExCup last season and 179th in 2019, he’s currently fourth.

He is also one of the more surprising entrants in this week’s 42-player field at Kapalua.

“I work with Mike Lipnick back at TPC Sugarloaf and also with James Sieckmann,” said Cink, a longtime resident of Atlanta, Georgia. “James, I work with more on short game and putting, but I asked him to take a look at my driver because I just felt like he wasn’t really getting – I felt like I was losing distance, but my ball speed and everything was just as high as ever.”

Sieckmann watched him hit a few shots and suggested tweaking his setup, which triggered a few other small changes – all of them beneficial, as it turned out.

“I wasn’t trying to change my attack angle,” said Cink. “But the setup change and the way I was using the bigger muscles in my body on my backswing, I accessed more power from stronger areas of my body, and those two changes just resulted in a lot more ball speed and a lot better attack angle.”

With more clubhead speed, and suddenly hitting the ball higher, Cink could take some loft off the driver, which boosted his carry numbers even more.

“It gave me just that little extra boost of confidence,” he said. “And maybe statistically a little bit more of an advantage. It just kind of tells you how razor thin the edge is between like sort of languishing around where I was and then, boom, you pop up and win.”

The ball was running seemingly forever at the Safeway at baked-out Silverado Resort in Napa, California. It can occasionally do the same thing at Kapalua, where drives sometimes roll out an additional 75 to 100 yards on the severely sloped fairways. Cink’s best at the Sentry is a T5 in 2005. Driving it well again, he’s ready to give it another shot.