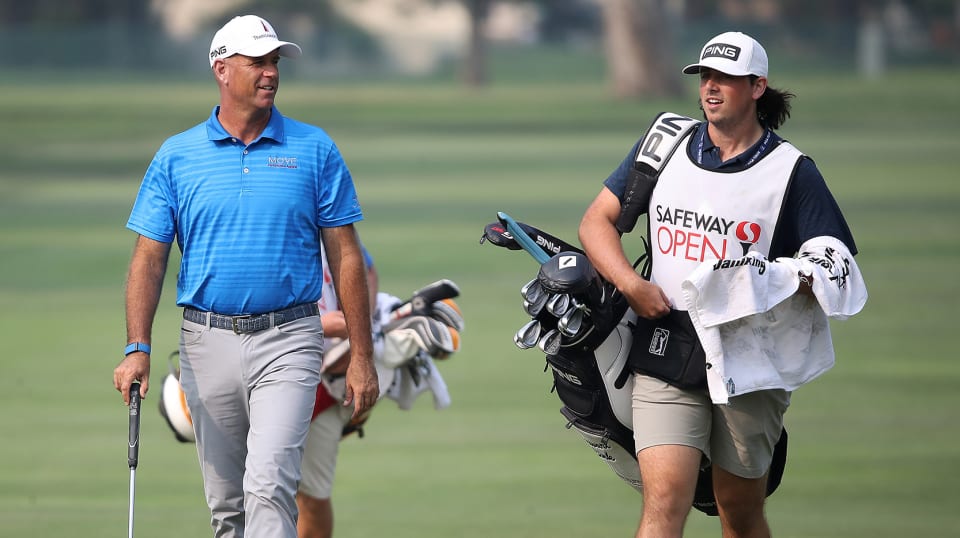 Cink closed with a 7-under 65 — rebounding from a bogey on the 17th with a birdie on the 18th — for a two-stroke victory over Harry Higgs.

Cink is the oldest PGA TOUR winner since Phil Mickelson at 48 at Pebble Beach in February 2019. Cink’s last victory came at the expense of then-59-year-old Tom Watson at Turnberry, with Cink winning a four-hole playoff.

Cink did it the old fashioned way Sunday, with a short game that repeatedly put him in great shape on the greens. He one-putted 10 times, scrambled for pars after driving into the sand twice and had eight birdies to finish at 21-under 267.

Stuard, Cameron Percy, and James Hahn entered the day tied for the lead.

Percy (74) was done when he went double bogey, double bogey, bogey over a three-hole stretch on the front nine. Hahn (72) bogeyed three of the first six holes and couldn’t recover. Stuard was 1 over through eight and chased the leaders the rest of the afternoon.

Cink’s bogey on the par-4, 362-yard 17th was only his second of the week and trimmed his lead to one stroke after Higgs eagled the par-5 16th to get to 19 under.

After hitting his second shot on the par-5 18th into the rough behind the green, Cink chipped to 3 feet to set up final birdie, then waited for the final three groups to finish.

Higgs missed a 10-foot birdie putt on 17, then parred 18, a hole where he made an albatross Friday.

Redman, who began the day eight strokes behind the leaders, closed with six consecutive birdies to take a two-stroke lead. The 22-year-old stayed on top for about two hours until Cink’s final push.

“The last few holes are pretty easy and I just got hot,” Redman said. “It happens, so it was awesome.”