DJ (+9%): No victory epitomized the completeness of Johnson’s game like his gritty comeback at The Northern Trust, where he relied on his nuclear driver, yes, but also his improved wedge play and clutch putting. He’s world No. 1 for a reason.

Sung-Hyun Park (+5%): She doesn’t appear to move the needle here in the States, but the 23-year-old South Korean could become the first player since Nancy Lopez to sweep both the LPGA’s player and rookie of the year awards.

Jon Rahm (+4%): A pro for 14 months, Rahmbo is No. 5 in the world (with just 31 counting events), a winner on both the PGA and European tours, and now a serious contender for the FedExCup title.

Julian Suri (+3%): The former Duke standout is the third American to win on both on the European and Challenge tours, following Brooks Koepka and Peter Uihlein. After ending last year as the 1,137th-ranked player in the world, Suri, 26, is all the way up to 109th.

PGA Tour Player of the Year (+2%): There’s little doubt that the playoffs lack the sizzle of the majors, but at least the POY race is heating up. With three events to go, it’s a three-man race, with Justin Thomas the slight frontrunner and DJ and Jordan Spieth each with plenty to gain over the next few weeks.

Spieth (+1%): Yes, he coughed up a five-shot lead, but there won’t be much scar tissue from this one. He just got beat, period.

Web.com Tour volunteers (-1%): In the final group at the Web.com Tour regular-season finale, Keith Mitchell was told that he needed an eagle, not a birdie, on the par-5 finishing hole to earn his Tour card. He wound up making par and finishing 26th on the money list. The good news? With three consecutive top-11s, he’s a strong bet to grab one of the 25 cards available via the Web.com Tour Finals.

Rickie (-2%): Now 0-for-6 with at least a share of the 36-hole lead on Tour, Fowler got steamrolled by Spieth during a Saturday 74. This has been the best statistical year of his career, and yet he has only one victory to show for it.

Criticism of Glen Oaks’ 18th (-3%): It’s a terrible hole … for average-length hitters. Distance is an advantage at every course, and Johnson took advantage with a prodigious (and, lest we forget, perfectly placed) drive in the playoff to set up the decisive birdie.

Phil (-5%): When Mickelson said that he needed to show U.S. Presidents Cup captain Steve Stricker “something” to warrant a wildcard selection, he probably didn’t have in mind a tie for 54th at the playoff opener, which included a birdie-free final round. Oy.

Michelle Wie (-7%): Her stretch of bad luck continues, as she needed an emergency appendectomy over the weekend that likely will cost her a spot in the final women’s major of the year. 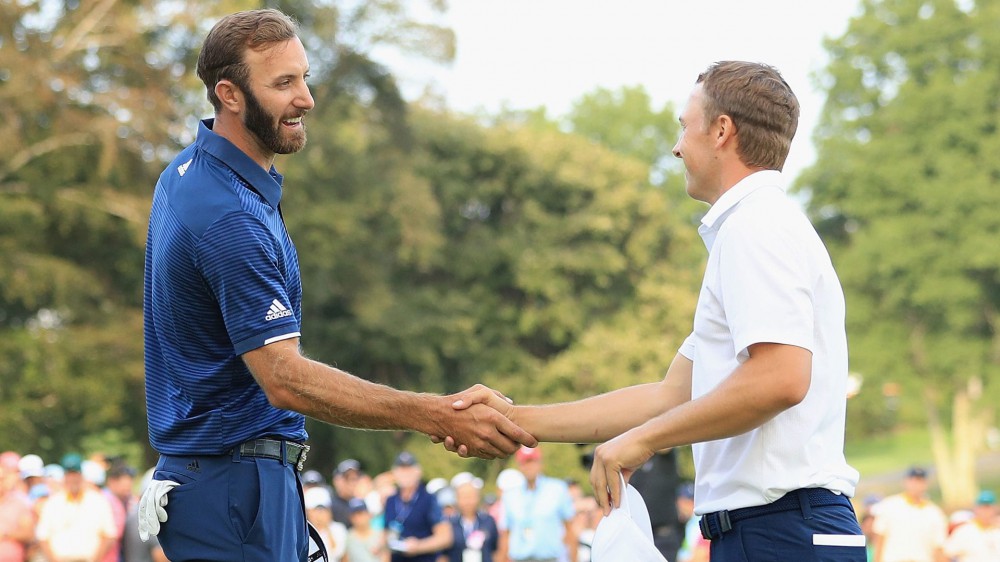