Francesco Molinari (+9%): His breakout year, at age 35, was capped by a flawless week in Paris, where he became the first European (and just the fourth player overall) to go 5-0. It’ll be interesting to see where the Italian stallion goes from here.

Justin Thomas (+7%): One of the few American stars who bothered to show up, JT showed a knack for partner play and also the guts to take a must-win leadoff singles match against one of Europe’s best. Over the next decade he’ll be the most successful U.S. player.

Tommy Fleetwood (+5%): Got steamrolled in singles, but Tommy Lad had more fun at the Ryder Cup than any other player. If only the U.S. had a few personalities like him …

Home-course advantage (+4%): That’s three blowouts in the past three cups, and the divide won’t shrink anytime soon now that both teams have figured out how best to maximize their respective skill sets. Barring a collapse, both U.S. and Europe should hold serve at home for the next decade-plus.

PGA Tour golf (-1%): Though the last Tour season officially ended a week and a half ago, the new one begins this Thursday. Give us a break – literally!

Jim Furyk (-2%): His charges underperformed, plain and simple, but some of his pairings were head-scratchers, his wildcard picks were largely dreadful and he didn’t put his players in the best position to succeed. That falls on the captain, unfortunately.

Patrick Reed (-4%): Irony: Captain America said that the U.S. team didn’t leave its egos at the door … after he insulted Tiger, sounded entitled and criticized Furyk’s decision to play him only twice, despite being headed for a round in the 80s during Saturday fourballs. He may need to qualify on points in 2020, or he could be watching from home.

Tiger and Phil (-6%): It’s one of the most mind-boggling stats in golf: That U.S. teams with both Woods and Mickelson are a combined 1-7. If they make the team going forward, great, but they’re probably best served in a vice-captaincy role.

U.S. Ryder Cup team (-8%): Tiger looked disengaged, Reed blasted Spieth, DJ and Brooks nearly came to blows – this group may have been even more dysfunctional than 2014! 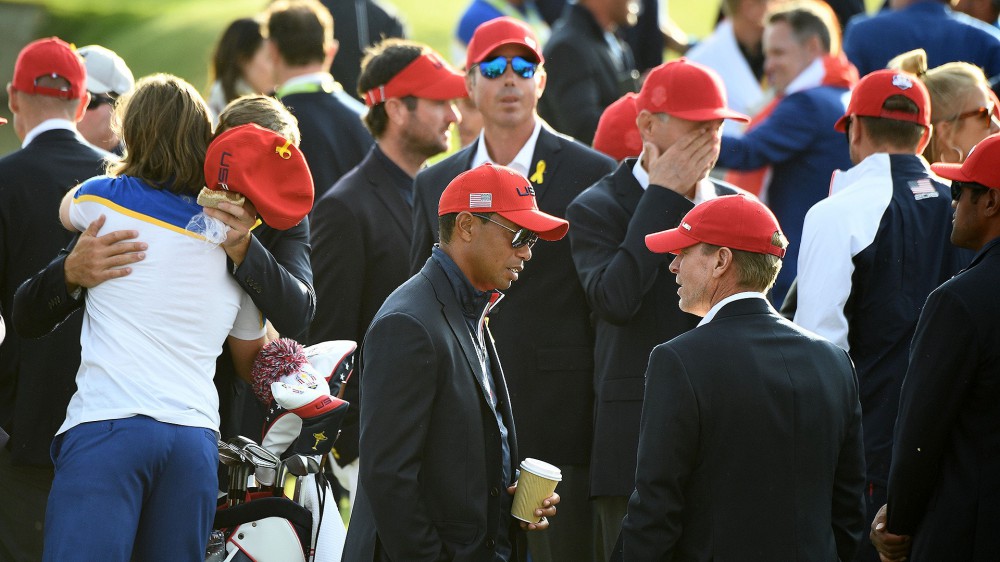