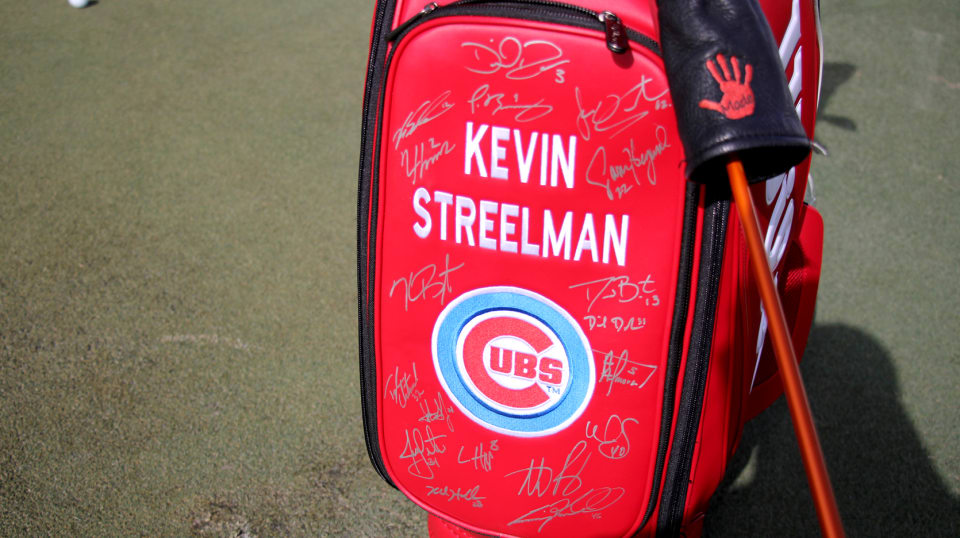 Kevin Streelman was probably 4 years old the first time his dad took him to see a baseball game at Wrigley Field and he’s been a Chicago Cubs fan ever since. He’s never wavered, even in the lean times, which made the 2016 World Series title that ended a 108-year drought even more special.

He’s such a big fan, in fact, that seven or eight years ago, Streelman had to make a difficult decision on the eve of the BMW Championship. Well, on second thought, maybe it wasn’t that difficult.

“I got a call from my agent to throw out the first pitch,” Streelman recalls. “And as soon as he said that I got really excited.”

That is, until he found out he’d be taking the mound before a Chicago White Sox game.

“So, I declined an invite to throw out a first pitch — which at Wrigley would be an absolute dream come true,” Streelman says. “But I just couldn’t do it. I couldn’t do my first one down in the South Side.”

When he was a kid, Streelman’s favorite player was second baseman Ryne Sandberg, although he also liked watching Mark Grace, who played first, and shortstop Shawon Dunston. In more recent years, Streelman, who now lives in Scottsdale, Arizona, has gotten to know a new generation of Cubs, whose spring training home, Sloan Park, is about 20 minutes away in Mesa.

So, the 41-year-old Streelman, who grew up in Wheaton, Illinois, about 25 miles west of Chicago, now showcases his love for the Cubs with their logo on his golf bag, which features signatures by members of this year’s team in gold-colored ink. One of his buddies, Chicago pitcher Jon Lester, took it to spring training – pre-quarantine — to collect the various John Hancocks.

Streelman and one of his buddies have always gone to see the Cubs play on the Opening Day of spring training. This year for the first time, he took his son Rhett – “Just kind of passing down the tradition,” Streelman says – and Lester gave him the bag. To make the day even better, Chicago beat Oakland 12-2.

“I’ve always been a Cubbies fan and will be until the day I die,” Streelman says.

And the Cubs feel the same about the PGA TOUR veteran. Streelman has been playing very well this year, entering the BMW Championship ranked 28th in the FedExCup, and the team loves it when he gets on TV like he did during the third round of the Workday Charity Open.

“Jon sent me video — a bunch of the guys were watching the Saturday round,” says Streelman, who was playing with the eventual champ Collin Morikawa and Justin Thomas that day. “And … they’re hooting and hollering because they saw the bag on the coverage.

“They showed it on the first tee when I was teeing off. That was kind of cool.”