JERSEY CITY, N.J. – After winning the Presidents Cup in a rout, the U.S. Presidents Cup team gathered on the 14th green at Liberty National. But before they got their hands on the trophy, players took the opportunity to snap pictures with President Donald Trump.

Trump was on-site for the conclusion of the four-day event, spending time in PGA Tour commissioner Jay Monahan’s suite overlooking the 14th hole, and he handed the hardware to U.S. captain Steve Stricker. It marked the first time that a sitting U.S. president attended the biennial event since President Bill Clinton was on hand in 2000 at Robert Trent Jones Golf Club in northern Virginia.

“I tell you what, I’ve been watching this from the beginning, and I have to say that our Team USA, wow, did you play well,” Trump said.

When the team was asked in the interview room about the impact of Trump’s presence, Stricker grabbed the microphone.

Stricker was then asked about the possibility of going to the White House to celebrate the team win, which the U.S. squad did after the 2013 event when Barack Obama was in office. 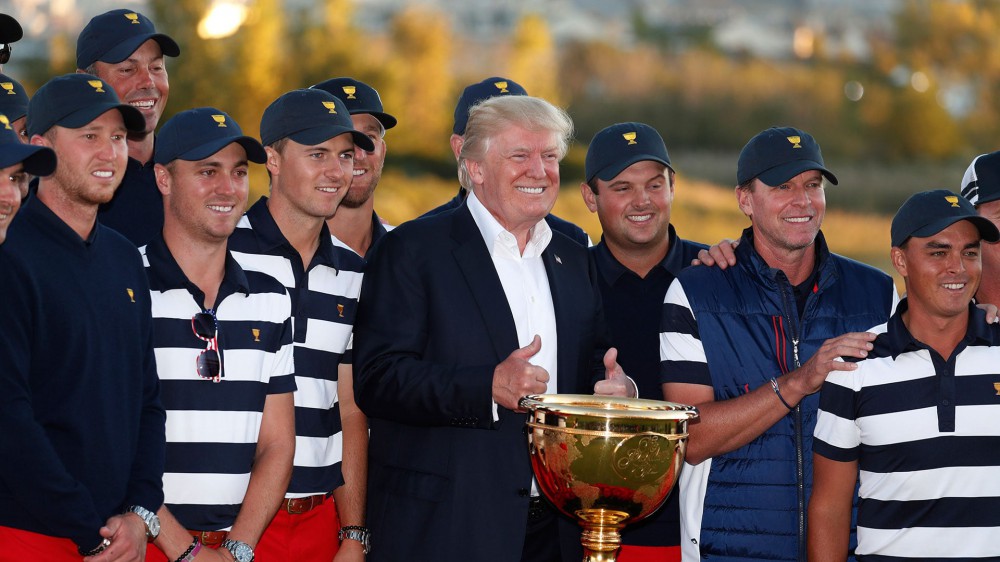