Pin positions? No. Possible pairings? Nope. Instead, the U.S. team wanted to talk about what to do this week when the national anthem is played at Liberty National.

The controversy that was sparked by President Donald Trump’s comments last week and the ensuing reaction from the world of sports prompted Stricker to bring his players and coaches into the conversation and after a team meeting early Tuesday he said they all agreed to stand for the national anthem.

“There were no issues on our part,” Stricker said. “We had a good talk and we all realized that there are things going on in the world that aren’t right, but we wanted to show our support for the flag.”

The opening ceremony for this week’s tournament will be Thursday before the first match and the Presidents Cup, along with the Ryder Cup, is one of the few events in golf that plays the national anthem before the competition starts.

“We have social injustices in this country, and we should all strive to eliminate them. We’ve made great strides over the years, but we’ve got a ways to go, and we should all strive to eliminate those,” said Phil Mickelson, a member of the U.S. team. “But this week, I’m so proud to represent the United States, to play for my country, to play for my teammates and participate in this great event.” 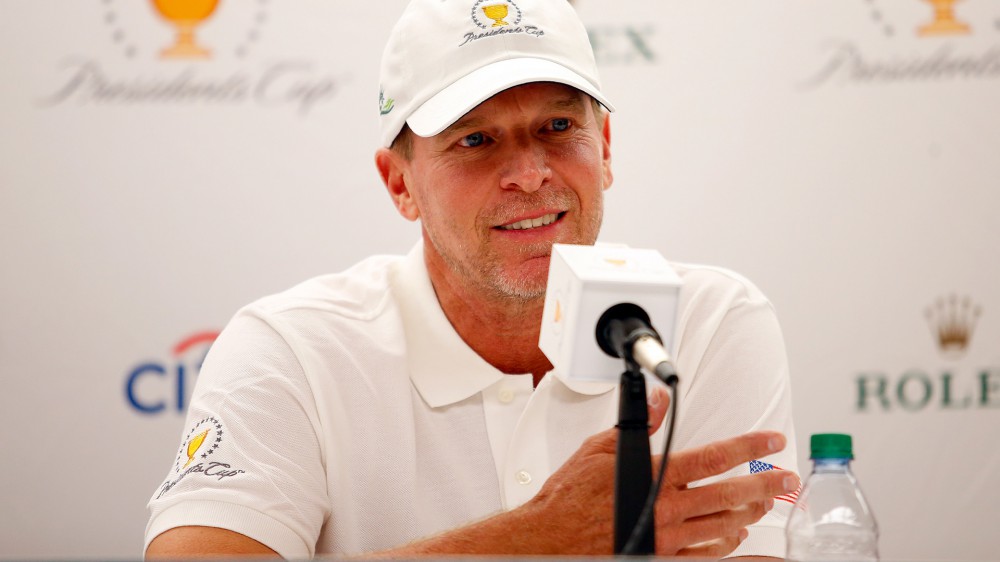