JERSEY CITY, N.J. – After missing out on a chance to clinch the Presidents Cup during their Saturday fourball match, Kevin Chappell and Charley Hoffman will have a second chance to do just that during the singles’ session that will close things out at Liberty National Golf Club.

Chappell and Hoffman would have notched the winning point had they defeated Anirban Lahiri and Si Woo Kim. Despite a chip-in birdie from Hoffman on No. 17 that sparked a raucous celebration, the Internationals won the match, 1 up, for just their second outright victory in the first 18 matches.

Needing only one full point to clinch the cup for the seventh straight time, U.S. captain Steve Stricker led his singles’ lineup with the two rookies who went 1-1-0 together during the team portion. Chappell will lead things off against Marc Leishman, while Hoffman will follow in the second match against Jason Day.

“We wanted to put those rookies out just so they could gain some valuable experience, knowing there’s eight, nine, 10 guys behind them,” Stricker said. “We’re in a really great position.”

Here’s a look at the full roster of singles’ matchups, with the Americans leading the overall competition 14 ½ to 3 ½ (all times ET): 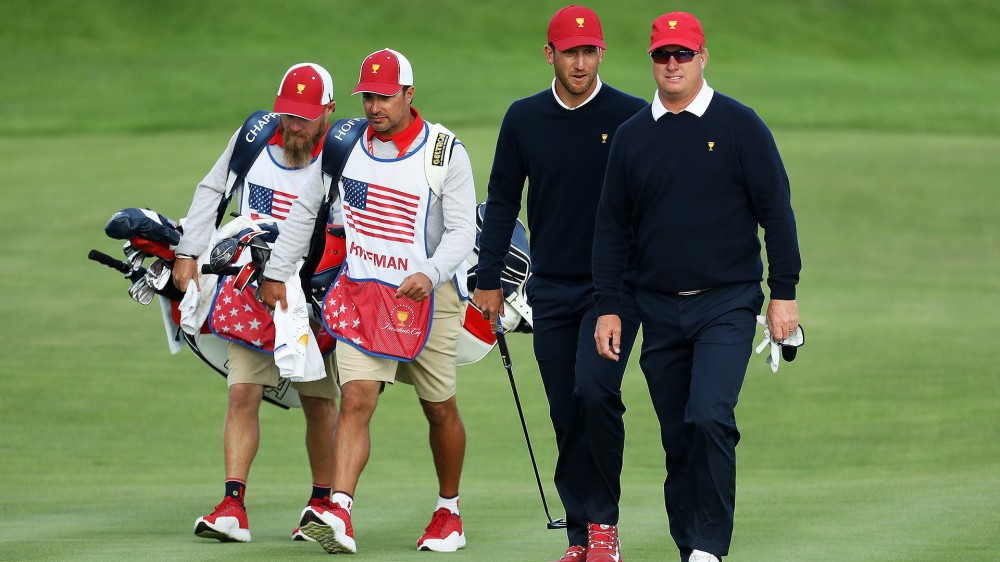 JT advances to quarters, closing in on No. 1 ranking