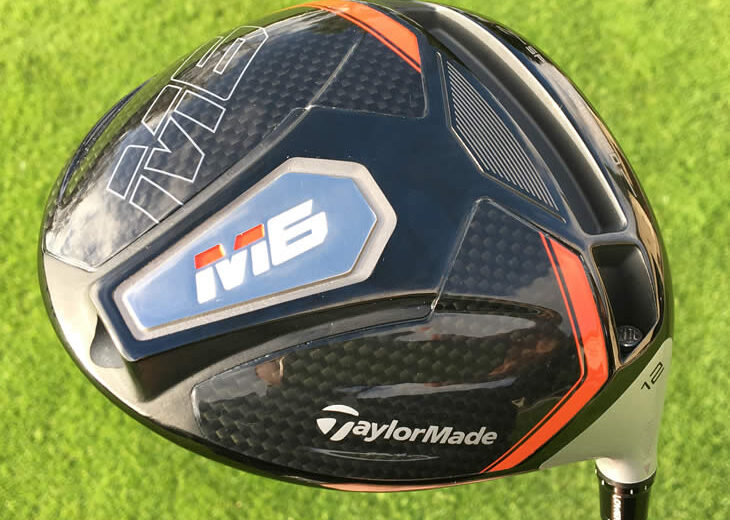 TaylorMade M6 Driver Review – TaylorMade say that they are making everyone faster by taking every face of the M6 driver to the limit through a ‘Speed Injection’. 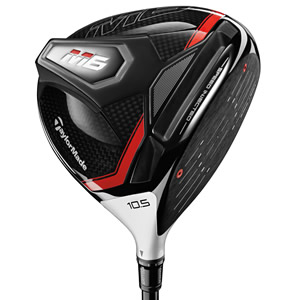 For once they actually mean it as every face is injected with resin behind the red screws to dial it back from being illegal to legal.

TaylorMade achieve this by measuring every face as it comes off the production line and then consulting their computer algorithm in the cloud to work out how much resin to inject, with 2g being the maximum.

The resin is injected into two pockets behind the red screws and this stiffens the face to reduce its flexibility to ensure that it is just below the legal limit.

This is quite revolutionary because previously manufacturers had to leave a margin for error in manufacturing and face polishing to ensure that they stayed within the rules, which could mean that the average face is 2mph slower than it could be if it was on the edge.

Using the Speed Injection to stiffen the M6 face means that the Hammerhead 2.0 slot can be more flexible and it loses one of the two supporting bars that were on the M4 to improve performance.

To check this out I put the M6 up against the previous TaylorMade M4 driver using the same shaft and saw a gain of around 0.5mph of ball speed, which may not sound much but did increase the carry by a couple of yards.

It’s possible that the M4 head I had was one of the hotter ones from the batch and that is the lottery that TaylorMade are trying to ensure that everyone wins from now on.

The gain was less than I got doing the same test with the TaylorMade M5 and M3 drivers. This could be because the M6 is going to be a little bit more forgiving than the M5 due to the CG position.

Here is where the other main design change comes in. The M4 driver was fast through the air because its aerodynamic shape featured a high ‘skirt’ around the rear of the head.

However this is not good for getting the CG low and back for greater forgiveness, but doing that could affect the aerodynamics.

In the M6 driver, TaylorMade has basically dropped the rear section of the head using what they call an ‘Inertia Generator’, which is a 46g weight that hangs off the bottom of the sole.

The weight is a quarter of the head weight and can be this big because there is 46% more carbon in the crown and sole of the M6 head to give them the weight saving to put in the sole.

It does hit the aerodynamics a little, but the gain in performance from having the CG lower more than offsets the fractionally slower clubhead speed.

It is quite a dynamic look and at address the thinner silver titanium top works as an alignment aid along with the circular pattern on the face that is actually a ring of grooves instead of laser etched lines, which is a cool feature.

The M6 sits squarer than the more open M4, which had even more right bias than the M3 driver.

If you need more right to left then there is also a D-Type M6 driver which TaylorMade say will give you an extra 20 yards of draw.

The Twist Face is maintained from M4 to reduce the effects of spin and loss of ball speed on off centre hits, but with a sweet spot this big you may not need it.

However it is good to know as the stock shaft is 45.75 inches long, which is getting a bit crazy as that is not going to help golfers with accuracy, even if it will help clubhead speed. However, you can request a shorter version through TaylorMade custom fitting.

Compared to the M4, I think the M6 driver sounds a little better and delivers that extra performance through an optimised face and a lower spin set up.

This is the key difference for me as in the past the more forgiving, non-adjustable M2 and M4 drivers were spinning too much and I had to go for the lower spinning more adjustable options of M1 and M3.

The M6 driver seems to have a much more manageable spin profile for players with above average swing speeds than 2017 M2 and M4. For this reason it is the one to go for unless you need the extra adjustability that the M5 driver offers.

This is good news because after the success of the original M2 driver, which was the better version, the last two ranges have seen the M1 2017 and M3 getting the nod for me.

With the Twist Face to manage spin to keep shots straighter as well, not everyone will need the extra control that the adjustable weights in the M5 offer. It just seems much simpler to have a driver optimised for forgiveness with as fast a face as possible and you vary the shape through loft or moving to the draw bias D-Type version.

For more players I think the M6 will be the better option on course and in your wallet, as it is also £50/$50 cheaper, so try it out against the M5 and see if it is for you too.