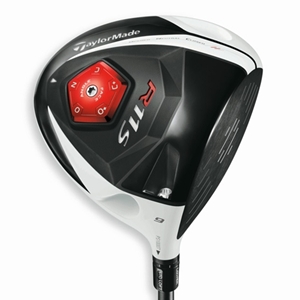 TaylorMade R11S Driver Review – The TaylorMade R11S driver is a refined version of the previous R11 driver. The key changes are the adjustable hosel that now has an extra 0.5 degrees of loft either way and the adjsutable sole plate that now has 5 lie options instead of 3.

The extra degree on the loft range is a good development and enables a more noticeable change in flight performance. The extra options on the sole plate are also welcome and something we suggested was required when the R11 was launched, so we are glad they have taken our suggestion on board!

The sole plate also seems more ‘exposed’ on the sole of the driver so it seems to have more influence on the lie angle of the R11S. However you have to put the club down first and then grip it in its new lie angle before you get the benefit of this feature and we are also not convinced by the theory behind the sole plate affecting ball flight as it is just changing the angle at which you grip the club.

At address the R11S driver looks excellent with a nice rounded head and the white colour scheme that TaylorMade have almost trademarked does help you line up easily. The sound and feel are very good and together with the adjustable options in the hosel and the head weights you should be able to get a set up that gets the trajectory and distance you require.

Finally TaylorMade have put a decent shaft in a standard driver and the Phenom version of the excellent Aldila RIP shaft performs very well and just stays on the right side of being too long at 45.75 inches.

Compared to the RocketBallz Tour, the R11S Driver is cheaper, looks better, sounds better and has a better shaft so better players should go for this. And ignore the sole plate.