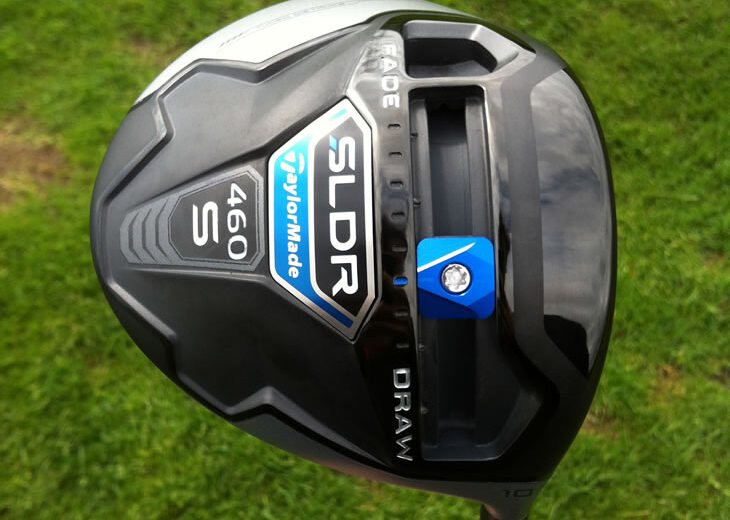 TaylorMade SLDR S Driver Review – When TaylorMade launched the new SLDR S driver, golf fans everywhere began asking what’s new? With a new look, the SLDR S promised “distance for all”, but how exactly does it differ from the successful and much talked-about TaylorMade SLDR driver. 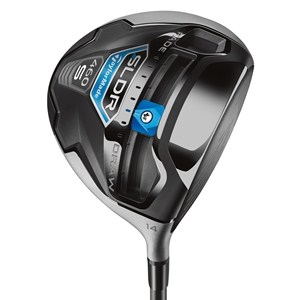 Like me, you may be wondering what the “S” stands for. The truth is TaylorMade don’t know, or aren’t sharing exactly what the letter refers to. Don’t feel bad though, even TaylorMade’s Tour players don’t know. It’s easy to guess it’s short for silver or perhaps speed, much like car models with the letter S at the end make people think it’s a more premium, faster version.

The TaylorMade SLDR S features a reversed colour scheme, with a matte, glare-free, grey crown paired with a contrasting black face. The sole is black also, giving it a strong, stealth look when put up next to the original SLDR.

Other than the colour, the SLDR S features the same 460cc head with a 20-gram sliding weight in the sole. The most noticeable technological difference is the SLDR S loft is not adjustable. It comes in lofts of 10°, 12°, 14° and 16° and TaylorMade say that the lighter, non-adjustable hosel means the centre of gravity is slightly lower in the S than the standard SLDR.

The grey crown is actually really nice behind the ball. It doesn’t reflect like the standard SLDR, and is not as bold as the white drivers TaylorMade has launched in recent years.

The only drawback I found with the new colour scheme was that the black face is lost a little at address. Personally, I use the face to align at address so with the face being black I actually found it slightly harder to get comfortable with behind the ball.

That being said, I preferred the overall look of the SLDR S and it seems several Tour players agree with me, and have either put the new SLDR S in play or have asked the TaylorMade Tour van to give their existing SLDR driver a custom-grey crown.

Rather than relying on Tour pros opinions, I decided to test and compare the SLDR S myself. Thanks to our friends at The Leading Edge, I tracked data on the SLDR S and SLDR drivers at the same loft using FlightScope to see if there was any noticeable flight or performance difference.

Whilst I could feel a slight difference in the weight of the driver during each swing, especially at the bottom of the swing. TaylorMade tell me that there is only about a 4-gram difference between the two models, which is less than 1.5% of the overall weight. Thus, the SLDR S swings at a swingweight of D2 where the original swings heavier at D4.

I have used a 9 or 9.5° driver for most of my golfing life, yet I still found I could use more loft than the 10-degree SLDR S I tested. The low-spinning, forward CG position limits the ‘ballooning’ tee shot we all fear when faced with a tee shot into a wind. Having hit the 10° model a lot, I think I would be suited to the 12° model for the swing I have and courses I tend to play. If you get the chance to try out the SLDR S, don’t be afraid to try the higher lofted models, they end up gaining you distance.

Overall, the data showed there was very little difference between the two drivers in terms of performance. When compared to the TaylorMade JetSpeed driver, also at 10 degrees, both SLDR models launched slightly lower, produced around 300 RPM less spin and thus had more roll out when they hit the ground.

My opinion is that the SLDR S will be slightly easier to swing for those who don’t produce Tour level swing speeds of over 100mph, although the difference will be minimal. Certainly if it is forgiveness and height you are looking for, the TaylorMade JetSpeed is probably your best bet.

It’s a good thing the drivers themselves look different as it is pretty hard to spot the differences in the headcovers.

Whilst you can’t alter the loft of the SLDR S driver, the club is you can of course still slide the weight on the sole to favour either a draw or a fade. I was slightly sceptical of the influence this would have on the ball flight, but was surprised to see it has a noticeable impact.

I was consistently fading the ball about 5 or 10 yards and so moved the 20-gram blue weight towards the heel to create a draw bias. With the same swings the ball began to straighten out. If I did lose one slightly right, the miss was certainly minimised.

WARNING: If you have a two-way miss (i.e. you can miss your tee shots left or right) moving this weight away from neutral is probably not advised. What you will find is that it will exaggerate one of those misses whilst perhaps limited the other.

What about the shaft? Is that different?

Nope. TaylorMade has kept with Fujikura’s Speeder 57 shaft. It is 45.5 inches in length, available in four different flexes and weighs the same in the SLDR S as the original SLDR.

So who exactly is the SLDR S for?

Well, unlike the Tour-driven original SLDR, TaylorMade say the SLDR S is for the masses and I would certainly agree. If you are tempted by the SLDR performance, the SLDR S offers you a simpler, non-adjustable loft version for £70 less than the original. It obviously has a new look, which you may or may not like, and will be slightly easier to swing than the standard model.

Much like when Apple released the iPhone 5s, choosing not to launch an new iPhone 6 range but rather just tweak what was there for the masses, TaylorMade seem to have done the same thing.

If I was guessing, I would say the “S” stands for “simple”. This is a no-nonsense, basic, lighter version of the SLDR built for slightly higher handicaps and slower swing speeds, hence the lofts up to 16°.

Whilst TaylorMade has a reputation for launching a new driver every few months, the truth is they are all good. The SLDR S is a solid, attractive driver that will certainly help low to mid handicap golfers that want the new, low-forward CG performance.

Just remember to loft up!