PALM HARBOR, Fla. – Akshay Bhatia won’t be around for the weekend at the Valspar Championship, but the teen sensation still had plenty of reason to smile after putting forth a respectable showing in his PGA Tour debut.

The 17-year-old amateur received a sponsor exemption to play this week at Innisbrook, and earlier in the week he discussed his plans to bypass college by turning pro later this year following the Walker Cup. The lanky teen battled nerves during an opening-round 74 but rebounded with a 1-over 72, flirting with the cut line before bogeys on his final two holes sealed his fate.

“The first day I was definitely nervous, the first seven or eight holes I was not comfortable at all,” Bhatia said. “Throughout the day I just wasn’t comfortable. I’m just not used to the environment. Today I woke up, I didn’t have any expectations, I just knew what I needed to do.”

Bhatia got off to a hot start, with birdies on three of his first five holes to get back to even par for the week. But a double bogey on No. 9 sent him to the wrong side of the cut line, and he made only one birdie over his final 13 holes.

“The biggest thing I learned is that I need to drive it better, really,” he said. “I hit it pretty well this week and I putted decently well, but when you’re playing from the rough or trees it’s not very fun, and that’s the hardest thing, especially out here.”

Bhatia will forge a unique schedule this summer, mixing elite junior and amateur events with a few Monday qualifiers in hopes of getting some more time inside the ropes against the game’s best. He won the prestigious Jones Cup last month, a victory that brought with it an exemption into the RSM Classic in November.

But Bhatia is already thinking about what life will be like when he’s playing professionally full time, as he shared the highlight of the week on the 12th hole Friday when a group of fans began chanting his name to the tune of the “Ole, Ole, Ole” tune that is sung so often by European Ryder Cup fans.

“That was sick. That was awesome,” he said. “That was something I hope I will hear at the Ryder Cup in five, six years down the road.” 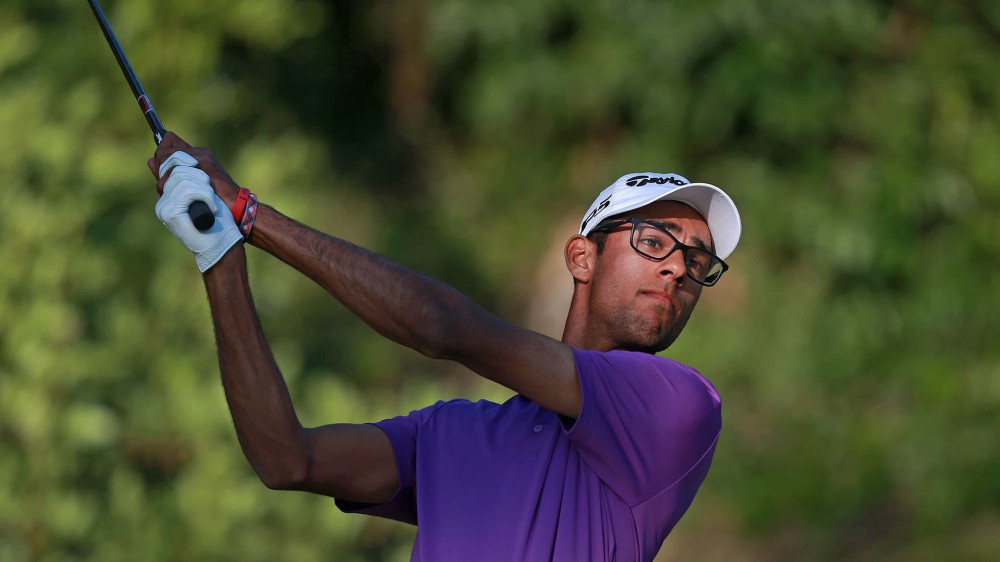