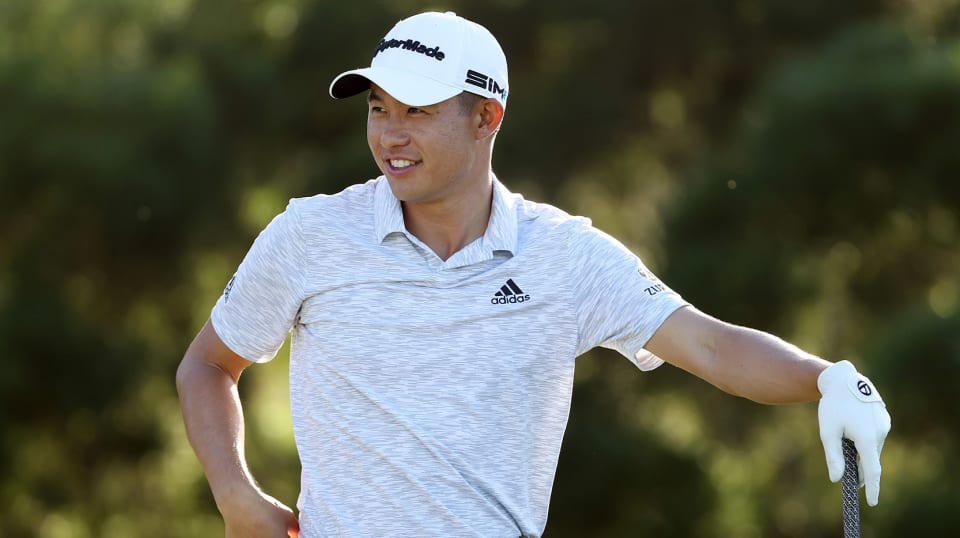 I’ve realized over the last couple of weeks, after the tough start I had both at the U.S. Open and Shriners, that this is without question a new PGA TOUR season. Yes, I can use all those positives that came from my breakthrough victory at the PGA Championship, but that doesn’t necessarily mean things are automatically going to come my way now.

The proof in that was missing the first two cuts of the 2020-21 season. Sure, I may be a major winner now, but I still have to play good golf, and everyone out here is really good at golf, too. That’s what makes the PGA TOUR awesome, is that any week anyone can win. I’ve really just got to focus in on getting ready for this new season, and prep in a way to slowly get into the rhythm of things.

I definitely think I’m a little more mature than the average 23-year-old, but that’s just kind of the head I’ve always had on myself. I’ve always tried to be that way—tried to be level-headed and not be too immature. I don’t know where that comes from. I don’t know that if you’re a parent you can just go teach and instill those qualities in your kid. That’s just who I’ve been. That’s just me.

All that being said, I’m lucky enough to have an excellent group around me that’s always trying to keep me on the right track. My longtime coach, Rick Sessinghaus, is big on psychology and being a mental coach. For 15 years now, he’s been all about implementing the actual swing and the physical aspects of golf with the mental side of the game and incorporating both. I think they have to mesh really well together. So if one is working well and the other isn’t, you might not end up playing great golf consistently. We’re continuously trying to find things that work, or certain words that might stick out in my head that help me play a little better and just go from there.

My girlfriend, Kat Zhu, has been huge in that area, too. She played collegiate golf at Pepperdine, so she understands the challenges of the game as well as anyone. Especially last summer, she was traveling all around with me while I had no status, and if I didn’t have her, I would have been traveling by myself to places I’ve never been with a caddie that I just met. She made things a lot easier. And it wasn’t as lonely. And I think that’s why I was able to go out there and just play golf, and she could get my mind off of it after or before the rounds. But when I was there, I could just relax and actually go enjoy golf instead of stressing about what this round may be or what this shot may count as.

And my parents, Blaine and Debbie, have given me everything I’ve ever wanted, and I couldn’t have been more fortunate to grow up in a family like that. I’ve been very lucky and blessed to have that in my life. For them to teach me to respect others, that’s huge. They really want me to be respectful to anyone. It doesn’t matter who you’re with or who you’re around. You never know who someone might be, who they are or what they’ve gone through. Just respecting others was the big thing they taught me when I was growing up as a kid.

I may be American, and obviously I represent the United States, but it was so cool going to Japan last year for the ZOZO CHAMPIONSHIP and see people recognizing me a little bit easier than they might have out here at a regular PGA TOUR event in who-knows-where. My dad is a Japanese American from Hawaii, and my mom is a Chinese American from California, but the fans there could still see that they are similar to me, and there’s a sense of pride in that. They can see that someone like them has been able to succeed out here on the PGA TOUR.

I have never seen fans like that, where they line up on the first tee—and every other hole after that—just giving you claps when you hit a tee shot, no matter where it goes. That’s what was really cool, to see their love for the game out there. They love golf. As players, we love to see those reactions from people that just really embrace being there. They want to be there just as much as we want to be there playing golf.

So yes, I’m American and I fully embrace that, but it’s cool to see other people look at me—and maybe even look at me as a role model, even though I’m only 23—and use that to their inspiration, I hope.  It’s crazy to think about that, because I feel so young. I feel like them. I feel like a kid. If a kid in high school comes up to me, I don’t feel that much older than them. But I’ve already done things that mean a lot, and I have to fully embrace that. I have to realize the position I’m in and just have fun. These kids want to have fun, I want to have fun. So for me to show them how I have fun out there is really important.

That’s my goal, just to inspire people to do what they love, whether that’s in golf or whatever.  Dream big and go do it.