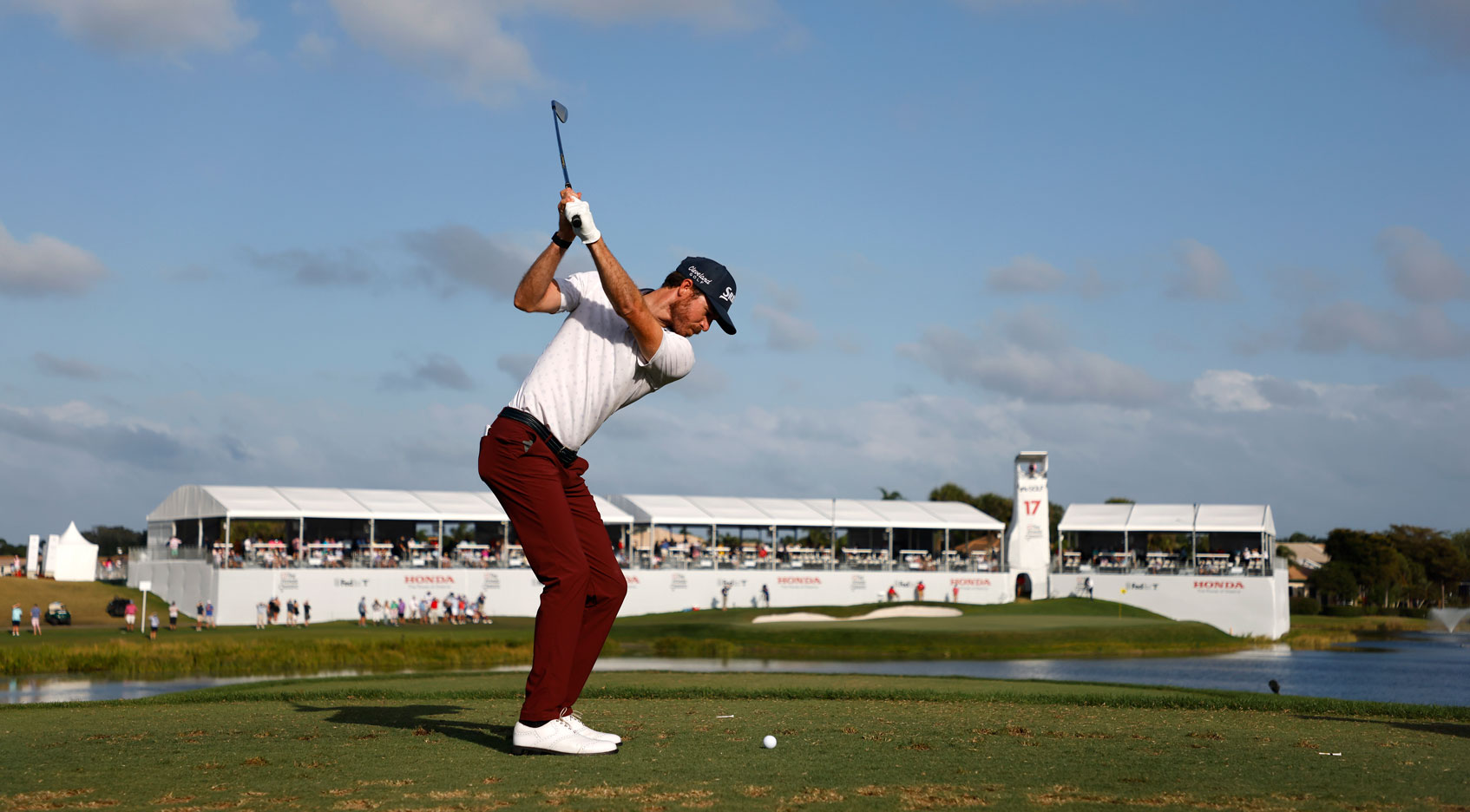 Saturday at The Honda Classic, the Bear Trap at PGA National awoke from hibernation. Even with the tee moved up to 154 yards at the 15th, where a hole location was cut a few paces off the right edge of the green, there were plenty of golf balls plunking into the water. On the par-4 16th, there were no birdies to be had. Not one. At the par-3 17th, there was one lone birdie yielded to Saturday’s contestants.

Keegan Bradley was making a great early run on Saturday. He stepped to the 15th hole at 6 under on his round, and 8 under for the tournament, within earshot of the lead. But he rinsed his tee shot at the 15th, made double, and followed with a bogey at 16. He’d shoot 67. Denny McCarthy (74) was even par for his round and tied for third when he got to the tee at 15; when he walked through the tunnel from the 17th green to the 18th tee, he was 4 over, having rinsed his tee shot at 15 (double) and approach at 16 (he did well to make bogey). He tumbled to T18.

The 15th hole featured more double bogeys (10) than birdies (8). In order of toughness in the third round, the Bear Trap holes would rank third, fourth and first, respectively, in difficulty. (The par-4 sixth hole ranked second).

Leader Matt Jones said he really wasn’t trying to hit the green at any of the Bear Trap holes. He played the holes in level par, getting up and down from short left of the green on 15 and 16, then making a beautiful bunker save for par from the left side at 17.

“They’re not birdie holes at all,” Jones said. “They’re just ‘Don’t-make-the-biggest-mistake’ holes, and I managed to play them even par, which is great.”

J.B. Holmes, who enters Sunday in second place, three shots behind Jones, made birdie at 15 (one of only eight) but surrendered a shot to par at 16. Aaron Wise, who at one point Saturday possessed a six-shot lead, made bogeys at both of the par-3s in the Trap. His bogey on 15 cost him the lead. Sungjae Im, trying to join Jack Nicklaus as the Honda’s only back-to-back champion, was 3 under on his round and making a nice move before plugging his tee shot in the left greenside bunker at 17. With water beyond the flagstick, he played well left, away from the hole, with his second, went long, and failed to get up and down. Double.

Yes, Saturday was the day that Honda’s feared Bear Trap stirred from its slumber. Which meant very little fun for those brave enough to take it on, but fun for those watching in person, and at home. Rest assured, the Bear Trap will have its say on Sunday.

Anything, and everything. What more could we ask for?