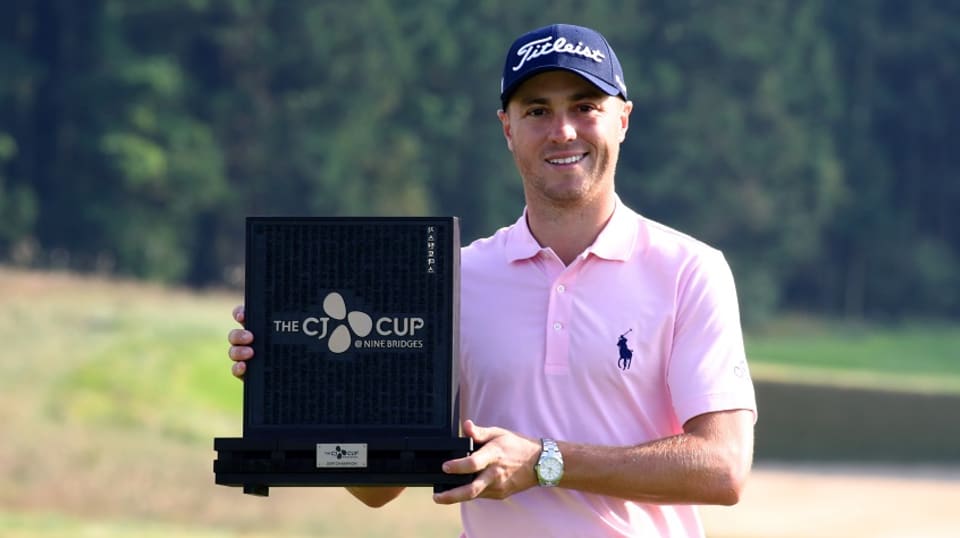 Played annually on South Korea’s Jeju Island, THE CJ CUP will make a one-year move to Shadow Creek in Las Vegas before returning to Asia in 2021.

FIELD NOTES: Brooks Koepka, winner of the 2018 CJ CUP @ NINE BRIDGES, is scheduled to make his return after a two-month layoff due to injury… All of the top five golfers in the Official World Golf Ranking will tee it up at Shadow Creek including Johnson, Thomas, McIlroy, Jon Rahm and Collin Morikawa… Sponsor exemptions into the limited-field event include Tommy Fleetwood, Rickie Fowler, Sergio Garcia, Shane Lowry, Ian Poulter, and past FedExCup winners Justin Rose and Jordan Spieth… Tony Finau will return to action after testing positive for COVID-19… Joo-Hyung Kim is among the Korean contingent who earned spots into THE CJ CUP. The 18-year-old has played two PGA TOUR events thus far this season, making the cut in both. He already has four professional wins on his resume.

COURSE: Shadow Creek, par 72, 7,527 yards (yardage subject to change). The Tom Fazio-designed desert oasis, which opened in 1990, has been long known as one of the world’s most exclusive clubs. It played host to the first made-for-TV match between Tiger Woods and Phil Mickelson, giving fans a glimpse of the layout. Dustin Johnson has the course record (66), while Woods and Fred Couples shared the record prior to Fazio’s restoration in 2008 (60). About 30 minutes from the Las Vegas Strip, the course feels far from your usual desert golf experience with its rolling mounds, creeks, waterfalls, peaks and valleys.

STORYLINES: Thomas has won two of the three CJ CUPs in South Korea and will look to see if that success will transfer over to the United States…This is the second of two events in Las Vegas after the Shriners Hospitals for Children Open… Koepka has been on the shelf for the last two months after withdrawing from both the opening event of the FedExCup Playoffs and the U.S. Open as he rehabbed an injury. This will be his first start on the PGA TOUR since a missed cut at the Wyndham Championship… Patrick Cantlay will look to continue his Las Vegas heater at Shadow Creek. Cantlay has finished 1-2-2 at the Shriners the last three seasons and shared the 36-hole lead heading into the weekend in 2020.

LAST TIME: Thomas shot a 5-under 67 Sunday to top Danny Lee, who was born in South Korea, by two shots at the 2019 CJ CUP @ NINE BRIDGES. Thomas held the 54-hole lead and despite making a bogey on the par-3 17th hole, he bounced back with a closing birdie to win his 11th PGA TOUR title. It was also his second CJ CUP victory after winning the inaugural event in 2017. Lee’s runner-up result was his best in the 2019-20 PGA TOUR season. Hideki Matsuyama, Gary Woodland, and Cameron Smith finished at 15-under and rounded out the top five.