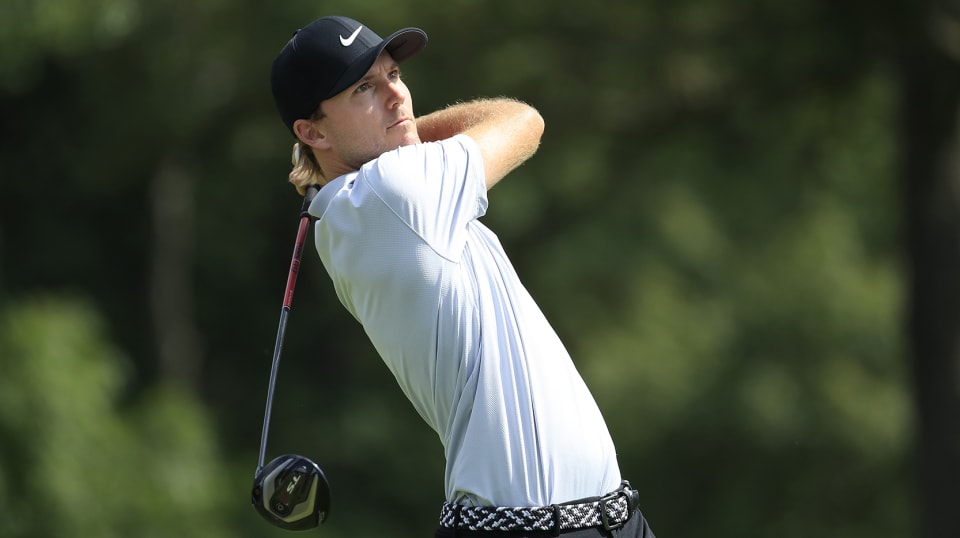 Russell Henley … If you tuned into PGA TOUR LIVE on Sunday, it was tough to watch him navigate parts of TPC Summerlin in the final round despite a closing 70. If you ever wanted to see someone scuffle to a 70, press the rewind button. (Needing 32 putts after hitting 14 greens has that effect.) That said, his T27 wasn’t terribly shabby even though it was his worst showing in his last four starts. Baked into the overall performance was a vintage tee-to-green effort for a guy who’s arguably best known as a streaky putter. He finished the 2019-20 season at fifth in green hit, T13 in proximity, 14th in Strokes Gained: Tee-to-Green and fifth in scrambling.

Corey Conners … If the 28-year-old Canuck was in your foursome for a scramble, you’d have trouble determining which drive and approach you couldn’t use on either nine. That’s how special he can be when he’s in form. Case in point, in his last start at the Sanderson Farms Championship, he led the field in fairways hit and ranked, T4 in total driving, T21 in GIR and eighth in Strokes Gained: Tee-to-Green. It’s precisely the game plan that Shadow Creek demands for its inaugural field. Inconsistent putting trips him up, but with no cut at THE CJ CUP @ SHADOW CREEK, he’ll have time to get the feel of the greens without pressure to hog scoring opportunities.

Jason Kokrak … Even though he missed the cut on the number at TPC Summerlin, it’s tough to find failure in a pair of 68s on that racetrack. Prior to it, he connected four top 20s, punctuating the run with a T17 at the U.S. Open, his personal best in 13 starts in the majors. In his pair of starts during the FedExCup Playoffs, he ranked T5 in Strokes Gained: Tee-to-Green and fourth in adjusted scoring. That’s his profile when he’s in a groove, so he’s matching up with Shadow Creek at the perfect time.

Tom Hoge … He’s winless and never appeared at Kapalua, and he’s never pegged it in a World Golf Championship, so the 31-year-old isn’t a regular in limited-field, no-cut invitationals, but this isn’t his first rodeo, either. Still, this is just his third career start with the promise of 72 holes. Already 3-for-3 on the season – each payday going for a top 30 – he’s painted the boards red in that all 12 of his rounds have been under par.

Jae Kyeong Lee … Along with 18-year-old Joohyung (Tom) Kim, the 20-year-old Lee is making the likes of fellow South Koreans Si Woo Kim (25) and Sungjae Im (22) feel old. Like Joohyung Kim, Lee also already has a victory on the KPGA, his as a 19-year-old in late summer of 2019. He’s currently leading his home circuit in scoring and ranks second in greens hit and 11th in putts per GIR. And while cynical American fans might dismiss those analytics, they can’t ignore Lee’s current form. In his last six starts, he has three runner-up finishes (including a playoff loss) among five top 10s and slots third in Genesis Points.