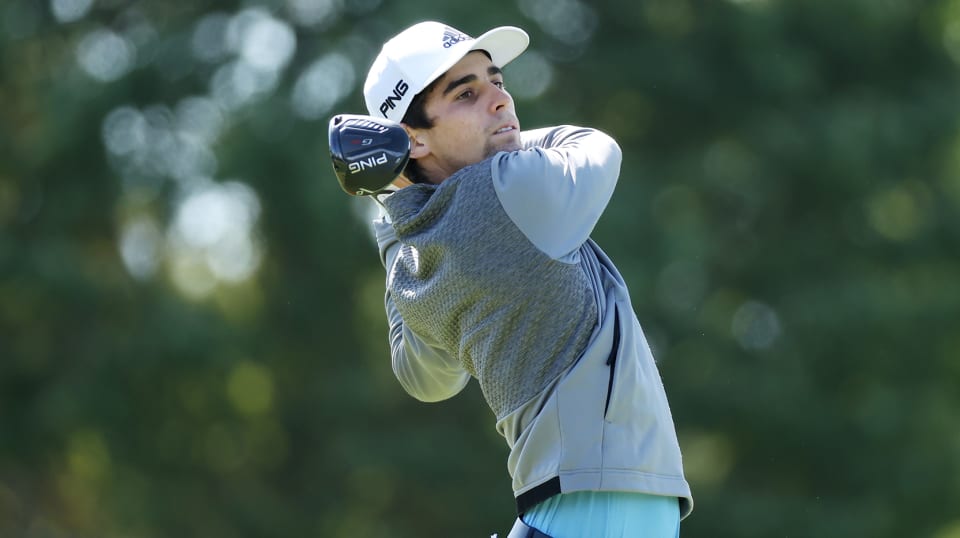 The PGA TOUR will stay in Las Vegas for THE CJ CUP @ SHADOW CREEK. The course will play as a par 72, measuring 7,527 yards, and it will be played on bentgrass greens this week. The tournament is a no-cut event.

Recently held at Nine Bridges in South Korea, THE CJ CUP will move to Shadow Creek for a one-year stint due to COVID-19. The course played host to the first “Tiger vs. Phil” match, where Phil Mickelson beat Tiger Woods in a playoff. Shadow Creek was initially designed by Tom Fazio in 1989 and then renovated by him in 2008. Fazio called it a “total site manipulation,” where he added rolling hills, canyons, and water hazards that will be in play on nine holes. The green complexes will have tiers and plenty of undulation, so distance control with the irons will be vital, especially at a slight elevation. Other Tom Fazio courses played on the PGA TOUR over the last five years are Corales Golf Course (Corales Puntacana Resort and Club Championship), Conway Farms Golf Club (2015, 2017 BMW Championship) and Eagle Point Golf Club (2017 Wells Fargo Championship).

The course is far from a desert layout with tree-lined fairways, peaks and valleys, along with waterfalls and creeks that wind throughout the course. Shadow Creek feels like it should play more like a resort course, albeit a long one. The once ultra-exclusive club features four par 4s between 450 and 500 yards and one at 507 yards. The course will also have a par 5 over 600 yards. Like TPC Summerlin, the course will play a little shorter with altitude, and golfers who played last week should have a slight advantage already having played in these conditions. Patrick Cantlay ($9,800), Collin Morikawa ($9,500), Hideki Matsuyama ($9,200), Scottie Scheffler ($8,800), and Sungjae Im ($8,700) are a handful of golfers making the short trip.

The tournament will only have 78 golfers in the field with no cut. Similar to a World Golf Championships event and the last two FedExCup Playoffs events, finishing position will be vital for success. Leaning towards golfers with high upside and experience playing in smaller, no-cut events might be prudent.

We should always consider Thomas in every tournament he tees it up in, but especially when others inside the top five are in the field. Roster percentage should disperse at the top, especially at a “new” course, leaving Thomas potentially under-rostered. We should be leaning on Strokes Gained: Tee-to-Green when playing a new course, and no one has been better there than Thomas since the restart, gaining an average of 6.3 strokes over his last ten tournaments. Thomas finished second at the TOUR Championship while losing a little over three strokes on the greens. He then followed it up a couple of weeks later with a top eight at Winged Foot, where he gained 4.7 strokes putting. Nine of his 13 wins have come in no-cut events, winning THE CJ CUP twice (at a different course). Thomas is in the rare camp of golfers who have distance and touch around the greens, which should work well here.

Few finished last season better than Scheffler, but a positive COVID-19 test derailed his momentum coming into the new season. Scheffler had to miss the U.S. Open via the COVID-19 protocol, and then missed the cut last week by one. He’s lost strokes with his irons in his previous two events, but before that, he gained an average of 3.4 through approach in the five tournaments prior. Accurate and long off-the-tee, Scheffler possess the ball-striking you need to play well here. The four par 5s should be reachable for most of the field, and Scottie ranks inside the top 25 in par-5 scoring since the restart. Scheffler doesn’t make a ton of eagles but can still score, ranking fifth in birdies or better gained over the previous three months. Harris English ($8,600) should also be a consideration in this range. English ranks 13th in Strokes Gained: Tee-to-Green and may go under-rostered with a missed cut last week.

Niemann finished great last week, gaining just under five strokes tee-to-green. The green complexes will be tricky this week, and very few are better bentgrass putters than Nieman, who ranks seventh over the last two tournaments on this surface. Niemann’s game seems to be rounding into form, and a T12 last week should give him a ton of confidence at a course only 18 miles away from TPC Summerlin. Bubba Watson ($7,300) and Corey Conners ($6,900) have been stellar tee-to-green and should garner some consideration in this range as well.