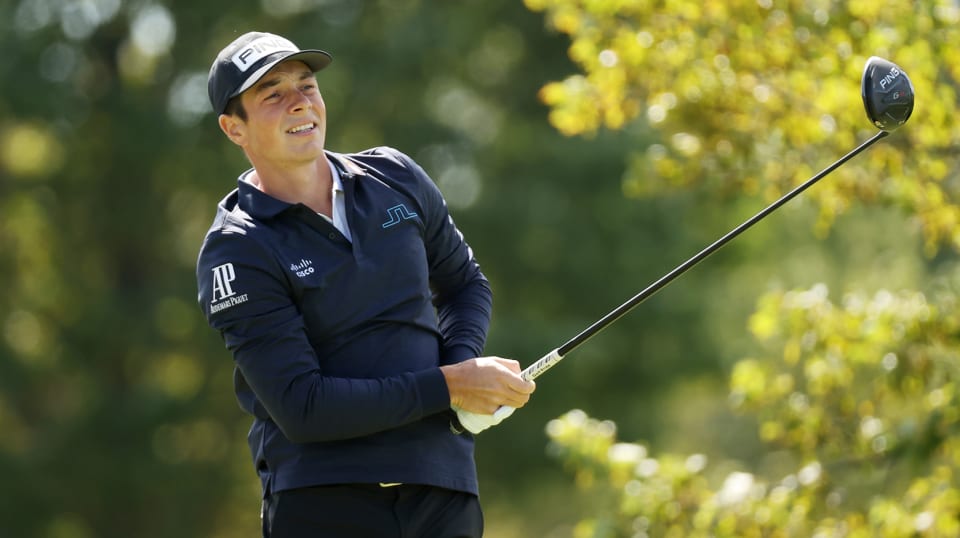 If you’re new to PGA TOUR Fantasy Golf and had Austin Cook and/or Matthew Wolff starting in the final round of the Shriners Hospitals for Children Open, you may be wondering why their fantasy points took a hit on Monday.

Until you personally experience what it’s like to have a playoff victim in your starting lineup for a tournament finale, you may have glossed over my most recent message/reminder in this space for the Sanderson Farms Championship that explained why fantasy totals aren’t final until Monday.

The automation for PGA TOUR Fantasy Golf assumes bonus points for all playoff participants as if each won the tournament, but manual adjustments are required after its conclusion.

Cook, Wolff and eventual champion Martin Laird each was credited with 50 bonus points (one-tenth the FedExCup points earned by the winner) when they qualified for the playoff at TPC Summerlin. Then, when Monday’s weekly fine-tuning was executed, the bonuses for Cook and Wolff were revised to 25 apiece (rounding up to the whole number of 10 percent of the 245 FedExCup each earned).

My roster for the THE CJ CUP @ SHADOW CREEK (in alphabetical order):

POWER RANKINGS WILD CARD
Collin Morikawa … Egad! He’s opened the new season 0-for-2. It’s always mildly amusing at how quickly any golfer can fall out of our good graces. The adage is that we care only about what they’ve done lately, but there’s a more personal test as it concerns how much of a fan we are. He hasn’t done a thing to generate any negative attention. If anything, he’s logged months of equity before we would consider turning. All of that is a reminder not to overanalyze in the short-term and trust in the fact that his class already is permanent.

Hideki Matsuyama … Just like how I advise ignoring negative results in majors because everything is pinning, there’s credence in applying it to a shootout. It’s the same angle that supports Jason Kokrak as a Sleeper. Matsuyama also missed the cut at the Shriners but at 5-under 68-69—137 with a pair of sub-70s. Not everyone can be Usain Bolt, but even he has had to hustle when wind was at his back. Matsuyama had seven top 25s in his previous nine starts, including a T17 at Winged Foot.

Harris English … Same reasoning (and scores at TPC Summerlin) as Matsuyama above.

Sungjae Im … Didn’t so much extend form at TPC Summerlin as connect with why he’s such a threat. En route to a T13, he signed for a sub-70 after every round and led the field in fairways hit, Strokes Gained: Off-the-Tee and greens in regulation. This week, we can’t ignore how much he is empowered by leading the South Korean contingent.

Brendon Todd … So easy to forget about this guy, but his promise to be among the leaders in fairways hit on a course that few know well elevates his value across the board.

Kevin Kisner … Reminds me of Xander Schauffele (or vice versa) because they rarely stumble in the deepest fields. Most guys get up in the morning and can’t wait to grapple. These two get to work. They’re exactly the kinds of stabilizers around whom you want to build a lineup in this arena.

Ian Poulter … Went T6-5th in his fortnight in the U.K., so the form is spot on. He’s been a beast in the no-cut invitationals throughout his career, too.

Alex Noren … Pieced together a T17 on the strength of his primary weapon, the putter. The Swede has been dynamite in recent months and his slump-proof game makes him even more dangerous with the guarantee of four rounds.

Rickie Fowler … The tinkering continues. Granted, all professional golfers are guilty of it, but it resonates in the absence of success over time. He went 67-74 en route to last week’s trunk slam with a new putter.

Jason Day … Unlike others who arrived at TPC Summerlin and missed the cut, Day also MC’d, but he was scuffling, so it’s more of a reflection of his trajectory than the dynamic of the shootout. Continue to abstain.

Gary Woodland … Similar to Brooks Koepka (below), Woodland also is playing with a torn labrum in his left hip. Reactions vary but Koepka opted to sit out two months whereas Woodland has maintained a steady schedule. How he navigates Shadow Creek introduces too much mystery to warrant an endorsement despite no cut, but even if he performs well (say, top half in the field of 78), it’ll continue to be our concern until he speaks otherwise.

Justin Rose … The inconsistency is one thing, and even acceptable given our pursuits, but it’s how he’s been inconsistent that has our attention. While he comps best to Webb Simpson, the American is five years younger and in his prime. Rose just turned 40, which we can’t rule out as having a short-range influence on his focus. (Loyal readers are familiar with my narrative on this.) If you’ve yet to experience “the hill,” just wait. It’s easier said than done and it deserves respect. So, the moment he reconnects with form, buy, because this extended period with singular spikes won’t last forever.

Matt Kuchar … This is relative. Since play resumed, he’s 7-for-10 but with only two top-30 finishes. And on tracks where his ball flight and accuracy should have mattered, he didn’t capitalize.

Adam Hadwin … Just as he shouldn’t be indicted by a final-round 74 at TPC Summerlin (to finish T34), it’s also necessary not to inflate his third-round 62 as anything more than a reminder of his talent on any given day. The fact remains that he’s gone eight straight starts without a top 30. Persnickety gamers expect more action from the 32-year-old.

Marc Leishman … He’s been a fixture in this section for too long now. His missed cut at Winged Foot extended his drought without a top-35 finish in a full-field event to 10 starts, all post-hiatus.

RETURNING TO COMPETITION
Brooks Koepka … Proclaimed that he’s healthy again and ready for 72 holes. Cited a partially torn labrum in his left hip as a contributor to aggravating discomfort in his left knee, but he’s opted for treatment over surgery. Given his firepower and the absence of a cut, he presents as potential gold in PGA TOUR Fantasy Golf. Consider reserving a spot on your bench. On an aside, the Houston Open and the Masters are his remaining planned stops this fall.

Tony Finau … Second consecutive early withdrawal. He had to pull out of the Shriners after testing positive for COVID-19.