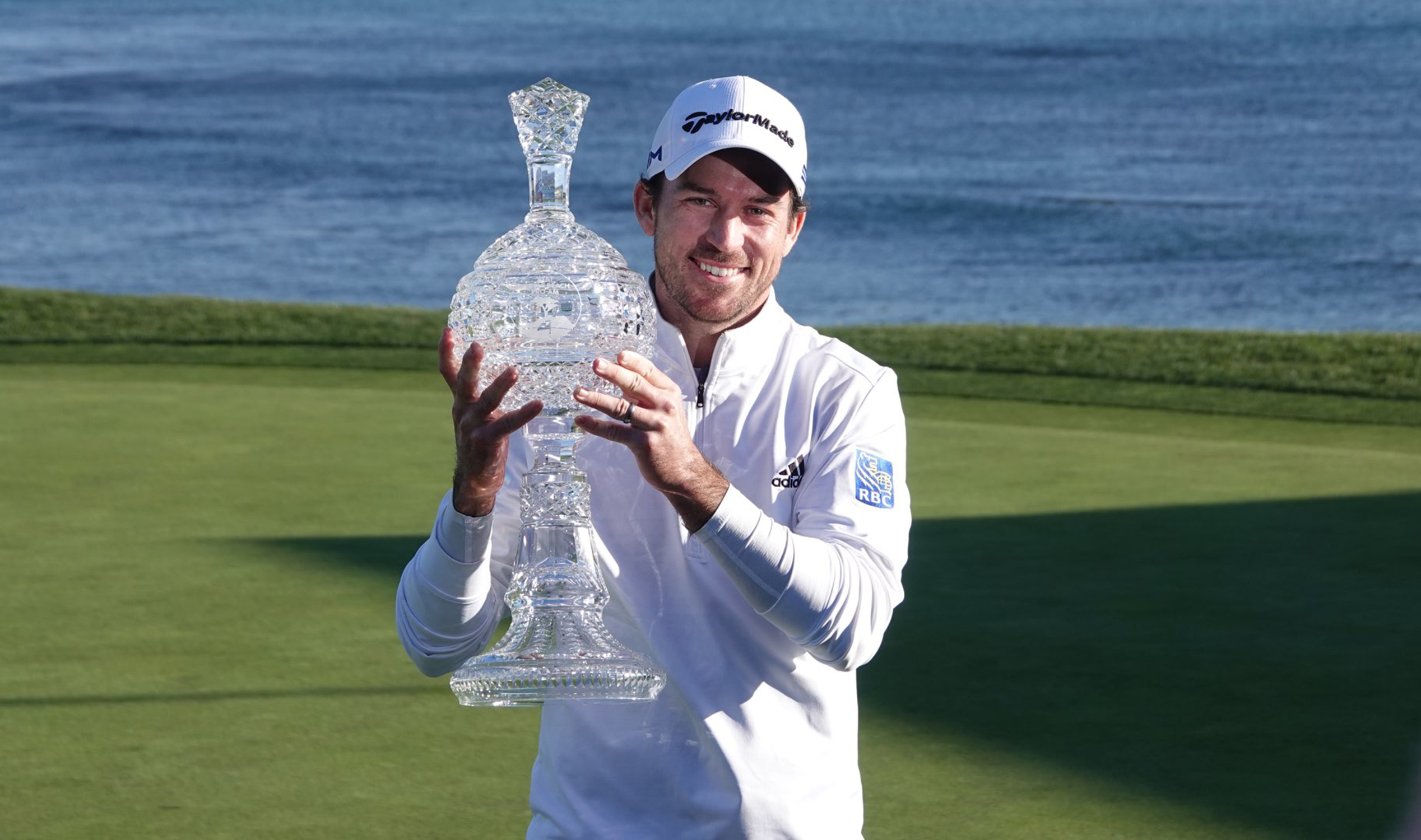 While there will be no pro-am portion to this year’s AT&T Pebble Beach Pro-Am, the tournament will still feature 156 players and a field full of notable names, including reigning FedExCup champion Dustin Johnson.

Nick Taylor returns to defend his 2020 title, while Phil Mickelson is gunning for his record sixth title at Pebble Beach.

FIELD NOTES: Dustin Johnson, a two-time winner at Pebble Beach, returns to play his first event on the continental U.S. in 2021. He finished T11 at the Sentry Tournament of Champions to start the year… Kamaiu Johnson, who was set to make his PGA TOUR debut at the Farmers Insurance Open but was unable to due to a positive COVID-19 test, will instead tee it up at Pebble. Johnson’s inspiring story — he was an eighth-grade dropout but found comfort in golf — caught the eyes of TOUR event organizers… Other sponsor exemptions include 19-year-old Akshay Bhatia, who finished T9 at this season’s Safeway Open, and 2019 U.S. Amateur champion Andy Ogletree. Davis Riley, who sits third on the Korn Ferry Tour’s Regular Season Points List, also is in the field on sponsor exemption. He made the cut at last week’s Waste Management Phoenix Open… The Prince of Pebble Beach, Phil Mickelson, returns to the PGA TOUR this week and is looking for his record sixth victory at the event… The PGA TOUR Champions will be represented at Pebble Beach. Other than Mickelson, a trio of over-50 major winners – John Daly, Tom Lehman and Jim Furyk – will also be in the field… Past FedExCup winners including Jordan Spieth, Brandt Snedeker, and Bill Haas will also tee it up. Spieth and Snedeker are past winners at Pebble Beach.

COURSE: This year, with no pro-am portion of the tournament, the 156 professionals will play only two courses instead of the usual three. The two courses that will be used are Pebble Beach Golf Links (Jack Neville/Douglas Grant, 1919) and Spyglass Hill Golf Course (Robert Trent Jones Sr., 1966). The cut will take place after 36 holes instead of 54.

STORYLINES: The first of three victories for Jordan Spieth in 2017 came at Pebble Beach. Spieth, who won the Travelers and The Open Championship that same year, hasn’t won since. Spieth, who was T8 heading into the weekend in Phoenix, will keep that momentum going into Pebble Beach, a place he’s comfortable… Matt Gogel – who hasn’t played the PGA TOUR since 2007 – is in the field as a Sponsor Exemption. Gogel won at Pebble Beach in 2002 and was a key supporting actor in Tiger Woods’ comeback win in 2000. It was Gogel, then a TOUR rookie, who had the seven-shot lead with seven holes left that Woods eventually overcame thanks in part to a hole-out eagle at the par-4 15th… Jason Day has done everything but win at Pebble Beach. His fourth-place finish in 2020 gives the Aussie six top-6 finishes at the event, but no victories… Nick Taylor’s win in 2020 was the first by a non-American in 15 years. In fact, only four non-Americans have ever won at Pebble Beach (Taylor, Vijay Singh, Brett Ogle, and Bruce Crampton).

LAST TIME: Nick Taylor held off a charging Kevin Streelman to win his second PGA TOUR title. Taylor, whose first TOUR win came at the 2014 Sanderson Farms Championship, was paired with Phil Mickelson for the final round, but Taylor’s 2-under 70 proved to be enough as Mickelson fired a final-round 74. Taylor held on down the stretch making birdies on Nos. 15 and 17 after bogeys on Nos. 11 and 12, and a double bogey on the par-5 14th. Mickelson finished third, Jason Day finished fourth, and Maverick McNealy, Daniel Berger, Matt Jones, and Charl Schwartzel all finished T5. Taylor opened the tournament with a 63 and was in contention all week long before taking it across the finish line Sunday.