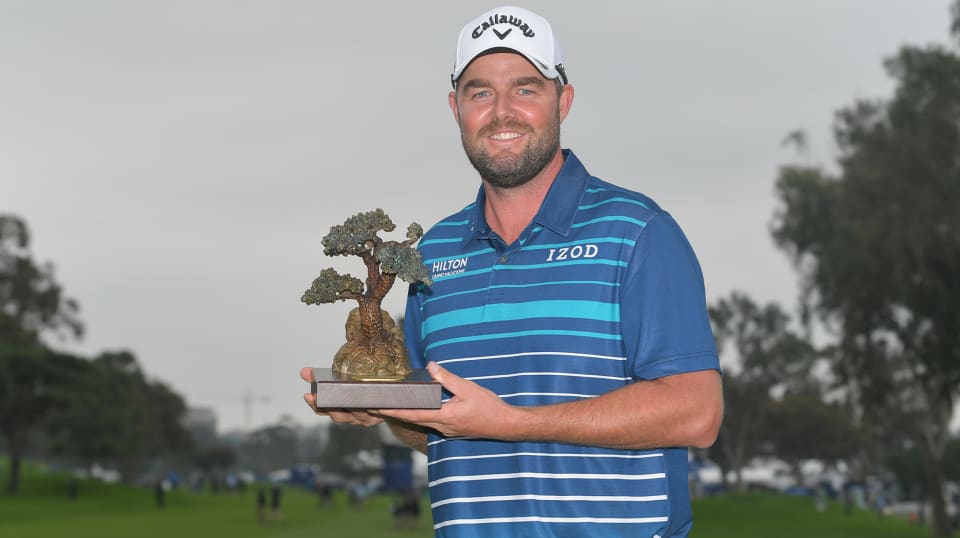 FIELD NOTES: After withdrawing from The American Express last week with a tweaked back, Rahm is back in action at Torrey Pines. He won the Farmers Insurance Open in 2017 and was runner-up in 2020… McIlroy makes his first TOUR start of the calendar year after teeing it up in Abu Dhabi last week. He finished T3 at Torrey Pines a year ago… Three golfers in the top 10 of the FedExCup standings (as of Jan. 23) will tee it up at Torrey Pines: Harris English, Viktor Hovland, and Carlos Ortiz… Count Will Zalatoris as one of the sponsor exemptions this week. Zalatoris earned enough non-member FedExCup points in the fall to notch Special Temporary Membership, which allows him to accept unlimited sponsor exemptions for the remainder of the season. He currently leads the Korn Ferry Tour’s Regular Season Points List… The past two U.S. Amateur champions — Tyler Strafaci (2020) and Andy Ogletree (2019) – are in the field on sponsor exemptions. The two were teammates at Georgia Tech… Kamaiu Johnson, winner of last year’s APGA Tour Championship, is making his TOUR debut.

COURSE: Torrey Pines GC (South), 7,765 yards, par-72. Torrey Pines GC (North), 7,258 yards, par-72 (yardages subject to change). The North Course will once again be used for the first two rounds before golfers play their weekend rounds on only the South Course, which is set to host the U.S. Open later this year.

STORYLINES: Tiger Woods, a seven-time winner of this event, is sidelined after having back surgery… Two-time Farmers champion Jason Day will make his calendar-year debut this week. The 12-time TOUR winner is an equipment free agent this year and, per a report from The Australian, Day has begun working with Woods’ former swing coach Chris Como… Jordan Spieth will also make his first start of 2021 at the Farmers Insurance Open. The former FedExCup champion is still searching for his previous form, having not won on TOUR since 2017… Leishman looks to become the event’s fourth back-to-back winner. Only Woods, Phil Mickelson, and J.C. Snead have pulled the double… There’s a robust group of local products teeing it up at Torrey Pines, led by multi-time TOUR winner Xander Schauffele (who went to San Diego State), and of course, Mickelson – who is coming to Torrey Pines after hosting The American Express.

LAST TIME: Leishman captured his fifth PGA TOUR title thanks to a sizzling Sunday 65 – tied for the round of the day – at the South Course. The Australian made things interesting late after he bogeyed the par-4 17th Sunday, but he knocked a wedge from 83 yards to just six feet on the 72nd hole and nailed the birdie to pull ahead of Rahm. Leishman made five birdies on the front nine Sunday to start to pull away from all challengers, but Rahm did himself no favors going 4 over for his first five holes in the final round. Two-time Farmers Insurance Open winner Brandt Snedeker finished T3 alongside McIlroy. Tom Hoge finished fifth.