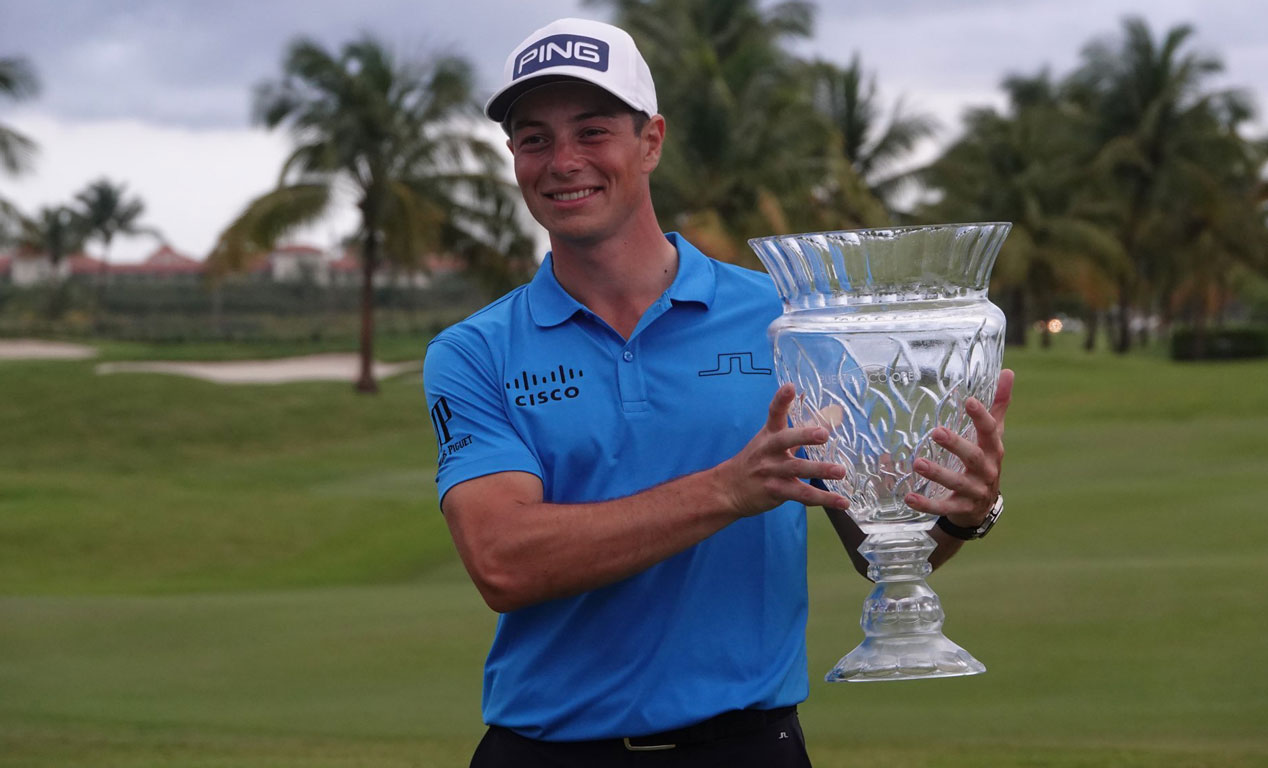 While defending champion Viktor Hovland heads to play the World Golf Championships-Workday Championship at The Concession, the field of the Puerto Rico Open features a solid handful of past PGA TOUR winners, up-and-comers looking for their first TOUR victory, and the top golfers from the 2020 portion of the Korn Ferry Tour season.

FIELD NOTES: Ian Poulter is the top-ranked golfer in the world teeing it up in Puerto Rico… Fellow European Ryder Cup team member Thomas Pieters along with 2021 European Ryder Cup captain Padraig Harrington are also in the field… Eight of the top-10 golfers from the 2020 Korn Ferry Tour Points List will be playing in Rio Grande. With the Korn Ferry Tour season spreading out over two calendar years, the top-10 finishers in 2020 earned exemptions into the four alternate field events on the PGA TOUR in 2021. Taylor Pendrith, ranked second on the Points List, is the top draw… TOUR winner Smylie Kaufman is back playing a TOUR event for the first time since the 2020 Puerto Rico Open… College star Justin Suh is in the field on a Sponsor Exemption. Suh finished T14 at the Corales Puntacana Resort & Club Championship… Past Puerto Rico Open winners looking to rekindle some magic include Martin Trainer (2019), D.A. Points (2017), Alex Cejka (2015), Scott Brown (2013), and George McNeill (2012)… Other Sponsor Exemptions include college star Bryson Nimmer, Korn Ferry Tour winner Ollie Schniederjans, and 18-year-old Asian Tour star Joohyung Kim.

COURSE: Grand Reserve Country Club, par 72, 7,506 yards. The Tom Kite design boasts two par fives over 600 yards on the back nine, including the closer. Located east of San Juan, the course is by the sea and overlooks El Yunque U.S. National Forest.

STORYLINES: Eight of the last 12 Puerto Rico Open winners made the tournament their first TOUR victory… No one has defended the Puerto Rico Open title and that streak will continue in 2021… Davis Riley is only one win away from a three-win promotion on the Korn Ferry Tour but is looking to accelerate his promotion in Puerto Rico. Riley is close with past FedExCup winner and fellow Alabama Golf team member Justin Thomas and is also roommates with Will Zalatoris, who tops the Korn Ferry Tour Regular Season Points List but is playing the WGC-Workday Championship at The Concession due to his world ranking… Martin Trainer is hoping a return to the site of his first PGA TOUR victory will see a return of good form. Trainer, the 2019 champion, has made only two TOUR cuts in his last 32 events.

LAST TIME: Despite a triple bogey on the par-3 11th on Sunday, Viktor Hovland won for the first time on the PGA TOUR thanks to a chip-in eagle on the par-5 15th and an emphatic 30-foot birdie on the 72nd hole. It was the first TOUR victory for the former college and amateur superstar. He managed to hold off Josh Teater for a one-shot victory and was just one shot away from tying the all-time low score at the Puerto Rico Open despite windy and at times wet conditions. Hovland held the 54-hole lead after a Saturday 64. Kyle Stanley, Sam Ryder, and Emiliano Grillo all finished at 15-under and T3.