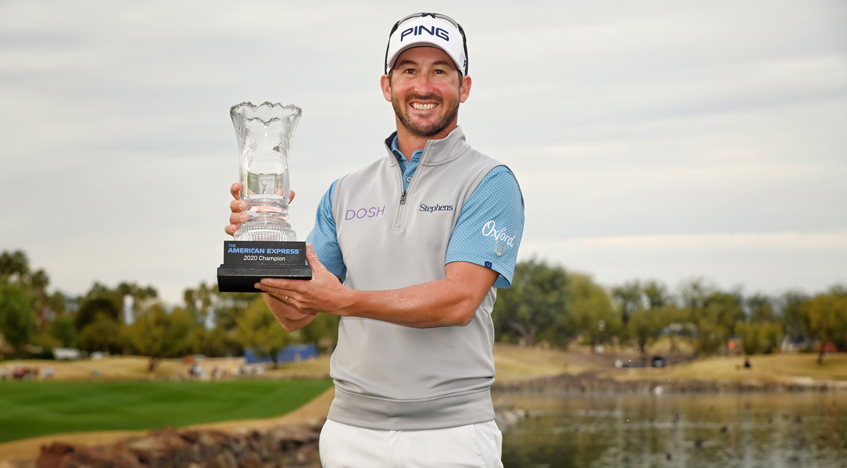 The PGA TOUR returns to the U.S. mainland for The American Express in La Quinta, California. This year’s edition will have a different look – only two courses will be used, and amateurs will not play alongside the pros – but a strong field has assembled, highlighted by Jon Rahm, Brooks Koepka, Patrick Reed, Patrick Cantlay and tournament host Phil Mickelson. Andrew Landry is your defending champion.

FIELD NOTES: Amateur standout John Augenstein, the runner-up in the 2019 U.S. Amateur, is making his professional debut. He also was a member of the United States’ victorious Walker Cup team in 2019 and the 2020 SEC Player of the Year. He made the cut in the 2020 Masters, finishing T55… Koepka is making his first start of the 2021 calendar year. He battled injury last season but showed flashes of his usual brilliance with a T5-T7 run at the Vivint Houston Open and the Masters… Past FedExCup champion Bill Haas looks to become the only three-time winner of The American Express. Arnold Palmer won the event five times, but Haas is one of seven golfers (including Mickelson) who has won it twice… Mickelson is making his first start of the 2021 calendar year. This is the second time he’ll play host, as well as compete… Francesco Molinari returns to action. The past Open Championship winner had a truncated year in 2020 due to COVID-19 concerns. He played three times in the fall, with his best finish being a T15 at the Vivint Houston Open… There are 13 golfers ranked in the top 50 in the world teeing it up at The American Express. Rahm, who’s ranked No. 2 in the world and a past American Express champion, leads the way. Rahm beat Landry in a playoff at PGA West in 2018. Other top-ranked golfers making the trip to the Coachella Valley include the ninth-ranked Cantlay, No. 11 Reed, who won the 2014 American Express, No. 15 Matthew Wolff, and No. 18 Sungjae Im.

COURSE: Stadium Course at PGA West, 7,113 yards, par 72 and Nicklaus Tournament Course at PGA West, 7,152 yards, par 72 (yardages subject to change). For the first time in tournament history, The American Express will be conducted on fewer than three courses. This marks the sixth year the Stadium Course and the Nicklaus Tournament Course will be part of the rotation.

STORYLINES: The pro-am portion of the tournament has been eliminated for the first time in its history due to COVID-19 health and safety precautions. The cut will go from the typical 54 holes to 36. The only other time there was not a pro-am was in the second round of 2010, when amateur play was suspended due to weather. It’s set to return in 2022… Youth will be served at The American Express. Not only will Augenstein make his pro debut, but other sponsor exemptions include 18-year-old Korean star Joohyung Kim, fellow teenager Akshay Bhatia, and 23-year-old Englishman Harry Hall, who had two top-10s to finish the Korn Ferry Tour season last October… Landry is looking to become the first golfer to defend his title at The American Express since Johnny Miller in 1975-76… Adam Hadwin finished 2nd-T3-T2 at this event from 2017-19 before missing last year’s event due to the birth of he and his wife’s first child. He’ll return this year looking for some rekindled magic… The American Express, PGA TOUR, and the Mickelson Foundation announced a $1-million donation to Coachella Valley-based charities.

Note: Q-School does not count as an official PGA TOUR event.

LAST TIME: Landry fended off a hard-charging Abraham Ancer to notch his second PGA TOUR title. Ancer, fresh off his Presidents Cup appearance in 2019, fired a Sunday 63 (tied for the round of the day) which included going 3 under for his final five holes. Landry made it interesting in the final nine holes. He birdied Nos. 10-12 but gave those shots right back with bogeys on Nos. 13-15. His only par of the back nine came on the par-5 16th. He added birdies on the final two holes to seal the win. Scottie Scheffler, who would go on to win PGA TOUR Rookie of the Year, finished third. Bud Cauley and Sepp Straka finished T4 and rounded out the top five.