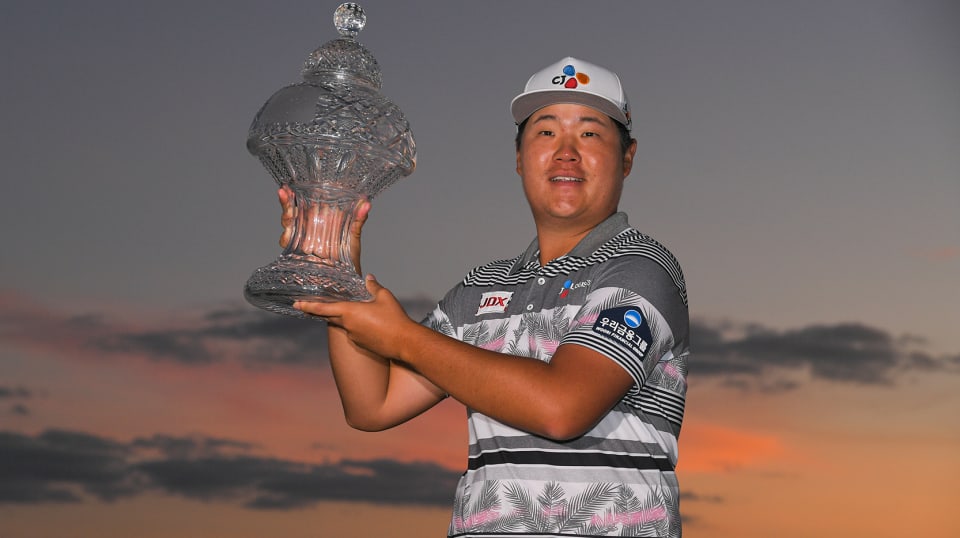 Former PGA TOUR Rookie of the Year Sungjae Im will return to defend his maiden TOUR title at The Honda Classic, where he’ll be competing against a field that boasts 18 major champions.

FIELD NOTES: Joaquin Niemann is the highest-ranked golfer in the FedExCup standings in the field at The Honda Classic. Niemann, part of the International Presidents Cup team in 2019, is looking for his second TOUR win… Some of the most-recent winners at PGA National looking to grab more glory who are returning for 2021 include Keith Mitchell (2019), Rickie Fowler (2017), and Adam Scott (2016)… Padraig Harrington, a two-time Honda Classic winner, is back at PGA National this season on a Sponsor Exemption. Harrington’s two wins came a decade apart (2005, 2015)… Martin Kaymer is also playing on a Sponsor Exemption. This will be Kaymer’s first non-major start on the PGA TOUR since the Barracuda Championship in August 2020… Other notable names in the field thanks to a Sponsor Exemption include Chase Koepka (brother to Brooks) and Kamaiu Johnson, who is playing his third TOUR event this season after his inspiring story caught the eyes of so many in the golf world… Phil Mickelson will be playing his second week in a row on PGA TOUR after THE PLAYERS Championship.

COURSE: PGA National (Champion), 7,125 yards, par 70. Jack Nicklaus re-worked the tricky Tom and George Fazio layout in 1990 and 2014 and it has been long ranked as one of the hardest the TOUR plays every year. The Bear Trap (No’s 15-17) is a water-soaked stretch that makes for high drama as players look to close out their rounds. PGA National’s Champion Course has hosted The Honda Classic every season since 2007 and rewards accuracy over everything else.

STORYLINES: Daniel Berger, who won the AT&T Pebble Beach Pro-Am in February, calls the West Palm Beach area home and is looking to lean into those Floridian vibes for more success this week. He finished T4 a year ago and is the highest-ranked golfer in the OWGR in the field… Given how many TOUR pros live in West Palm, the Monday Qualifier (with four spots available) is always one of the most highly-contested of the year… While Americans won The Honda Classic for three years in a row from 2017-2019, 10 of the last 16 Honda Classic winners have been from outside the United States… There has only been one back-to-back winner in Honda Classic history (Jack Nicklaus, 1977-78)… Can Lee Westwood continue his excellent play of late? The 47-year-old was in the final group Sunday at Bay Hill, held the 36-hole lead at THE PLAYERS, and is returning to The Honda Classic after a T4 result in 2020.

LAST TIME: PGA National showed its teeth in 2020 with Sungjae Im’s 6-under winning total the second highest since the long-time PGA TOUR stop moved to PGA National in 2007. Im, the TOUR’s Rookie of the Year the season prior, fired a 4-under 66 Sunday (tied for the round of the day) to win by one over Mackenzie Hughes. Hughes matched Im’s final-round 66, but despite three birdies on the back nine Sunday, he was undone by a bogey on the par-4 16th. Im kicked off Sunday with four birdies in his first five holes and finished just as strong, with birdies on two of his final holes. He became the seventh South Korean to win on TOUR. Tommy Fleetwood finished third, while Daniel Berger, Lee Westwood, Brendan Steele, and fellow South Korean Byeong Hun An finished T4.