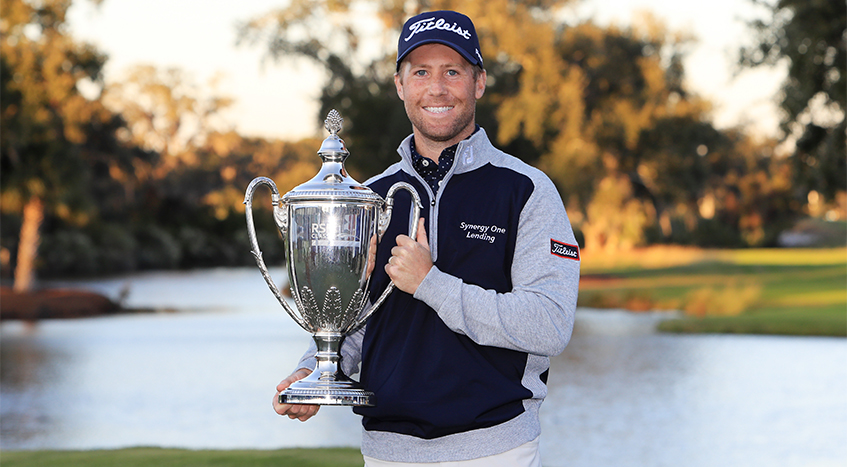 The PGA TOUR heads three hours south of Augusta for The RSM Classic, the second-to-last PGA TOUR event of the calendar year.

Tyler Duncan, coming off his Masters debut, will defend his maiden TOUR title while past FedExCup champions Justin Rose, Brandt Snedeker and Henrik Stenson lead the way along with a collection of major champions and Sea Island residents all looking to lift the trophy come Sunday.

FIELD NOTES: Plenty of Masters competitors will hit the road from Augusta to Sea Island for The RSM Classic including past Masters winners Danny Willett and Zach Johnson… Each of the past seven winners at Sea Island will look to rekindle some old magic this week including 2019 winner Duncan, who is hoping to become the first golfer to successfully defend his title at The RSM Classic… Davis Love III, the longtime host of the event, will not play in 2020 due to a lingering neck injury… Last year’s runner-up (who lost to Duncan in a playoff) Webb Simpson is back to try to avenge 2019’s loss… Stewart Cink, Hudson Swafford, Martin Laird, and Brian Gay are winners from the fall who are in the field… Other notable names teeing it up at Sea Island including Jason Day, Shane Lowry, Justin Rose and Tyrrell Hatton.

STORYLINES: Davis Thompson, the celebrated amateur, will play on the PGA TOUR for the third time this calendar year. He also played the Puerto Rico Open and the U.S. Open – where he led briefly during the first round. Thompson is the No. 1-ranked amateur in the world and will play for the second straight year in Sea Island… Per usual, there are plenty of Sea Island residents teeing it up at The RSM Classic, all of whom are trying to become the first local to actually win the tournament. Kevin Kisner won in 2015 but was living in Sea Island temporarily due to renovations on his home in South Carolina…  Five of the 10 RSM Classic winners made the tournament their first PGA TOUR victory including Duncan in 2019.

LAST TIME: Tyler Duncan topped Webb Simpson in a playoff to win his first PGA TOUR title at The RSM Classic in 2019. Simpson was the highest-ranked golfer in the field and appeared to be the man to beat. But Duncan closed with a 25-foot birdie to force a playoff, which he won on the second extra hole. The pair made pars on the first playoff hole but Duncan nailed a 15-footer for birdie, and the win. Duncan had just re-earned his PGA TOUR card via the Korn Ferry Tour Finals, but his closing 65 was tied for the round of the day. Sebastian Munoz finished third, Brendon Todd finished fourth, and Henrik Norlander, Scottie Scheffler, and KH Lee rounded out the top five.