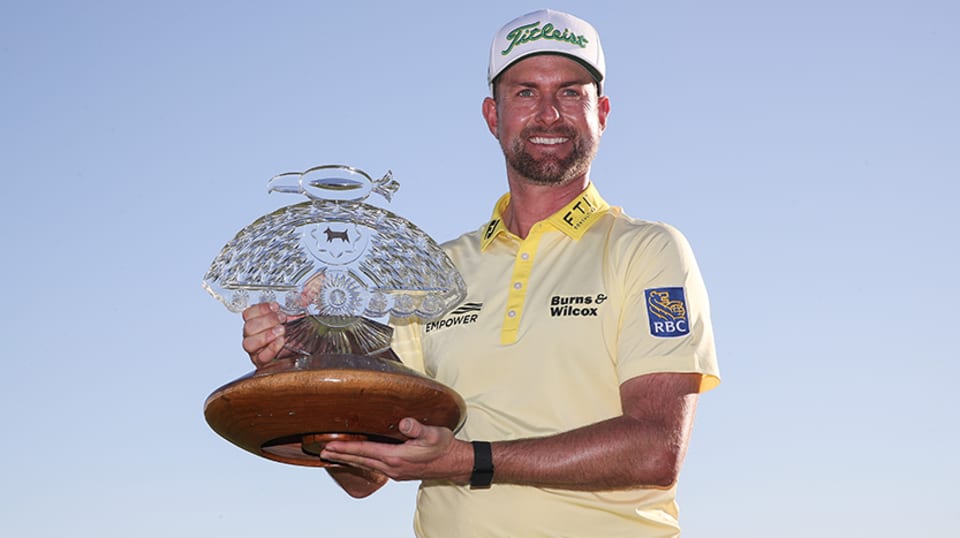 FIELD NOTES: McIlroy will tee it up in Phoenix for the first time in his career. It’s part of a busy stretch for the two-time FedExCup winner, who is in the midst of playing nine events in 12 weeks… Fellow FedExCup winner Justin Thomas is looking to improve on his T3 finish in Phoenix from 2020… Simpson is one of four PLAYERS champions in the field, along with McIlroy, Si Woo Kim (who recently won The American Express) and former WMPO champion Rickie Fowler… Arizona State alum Jon Rahm is looking to keep his stretch of solid play going. Rahm has notched three straight top-10 finishes on TOUR and was T2 heading into the weekend at the Farmers Insurance Open… A trio of promising young players received sponsor exemptions. Zalatoris, who has already earned special temporary membership on the PGA TOUR, has three top-10s this season, including a T6 at the U.S. Open. He also leads the Korn Ferry Tour’s Regular Season Points List. Davis Riley is No. 3 in the KFT’s rankings after winning twice in 2020. John Augenstein, the 2019 U.S. Amateur runner-up, will be making his second pro start after missing the cut at The American Express.

COURSE: TPC Scottsdale (Stadium), 7,261 yards, par 71 (yardage subject to change). Due to COVID-19 safety protocols, one of the most well-attended events on the PGA TOUR will reduce its capacity to just 5,000 fans per day. The Tom Weiskopf and Jay Morrish design opened in 1986 and every Phoenix Open since 1987 has been played at the par-71 layout just northeast of downtown Phoenix.

STORYLINES: Long-time participants at the Waste Management Phoenix Open will likely have to adjust to the lack of noise in 2021, especially around the par-3 16th hole… One notable absentee for 2021 is three-time winner and one of Arizona’s most famous sons, Phil Mickelson. A fourth victory would make Mickelson the winningest champion in the tournament’s history… Simpson looks to defend a TOUR title for the first time in his career… Brooks Koepka looks to break his streak of three straight missed cuts on the PGA TOUR… Can Tony Finau capture his second TOUR victory? Finau shared the 54-hole lead at The American Express earlier this month and lost in a playoff last year at TPC Scottsdale.

LAST TIME: Despite a bogey on the par-5 15th, Simpson made two birdies in a row on the 71st and 72nd to slide into a playoff with Finau. Simpson rolled in a 17-footer for a birdie on the final hole of regulation to tie Finau — who had a one-shot lead entering Sunday after a sizzling 62 on Saturday — at 17 under before adding in one more birdie on the first playoff hole. It was Simpson’s seventh PGA TOUR title, and first of two in 2020. Thomas, who shot a Sunday 65 (the round of the day) finished T3 alongside Bubba Watson and Nate Lashley.