LAS VEGAS – Along with the $9 million prize for winning Friday’s Match: Tiger vs. Phil, Phil Mickelson also received a gold and diamond belt buckle. But when Lefty tried to put the belt on there was a problem.

“[T]he belt was Tiger’s waist size. There was no way it was fitting me,” said Mickelson, who won the event on the 22nd hole, with a laugh.

The two stars joked all afternoon with Woods telling Mickelson as he warmed up that “black is slimming,” which was a not-so-subtle jab at Lefty’s all-black attire and his physique.

“I can’t believe they did that,” Woods said about the belt size, following the awards ceremony.

Mickelson won the match as well as the in-play challenge. Though he didn’t collect on the opening $200,000 bet that he would birdie the first hole, Mickelson did win $600,000 from the various other challenges that will be donated to an assortment of charities. 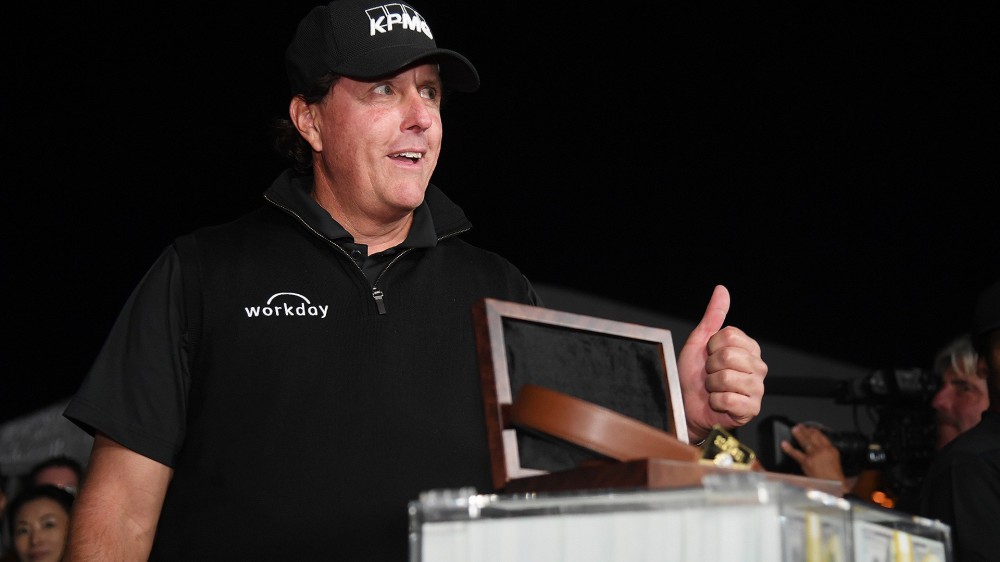 DJ, JT have new drivers in play at Sentry