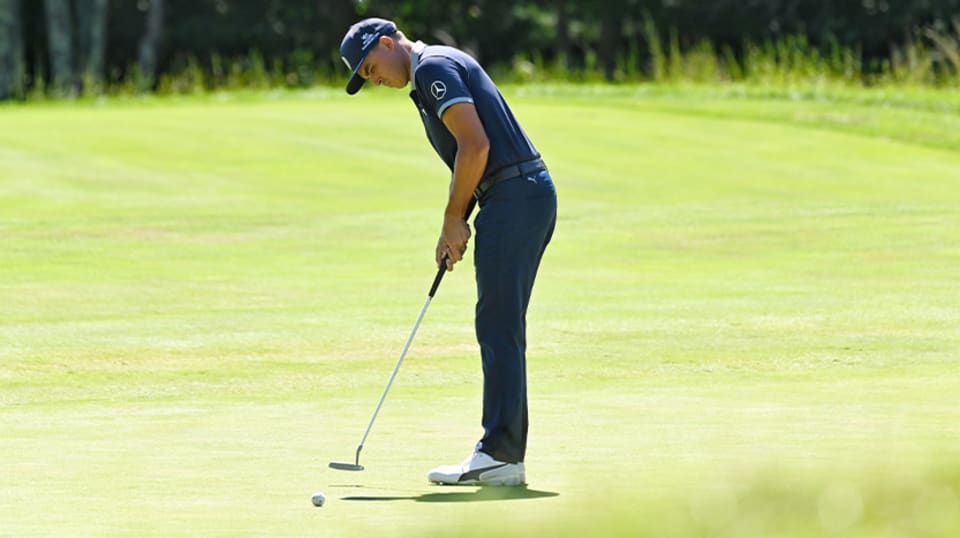 NORTON, Mass. – There were easier ways to make eagle at TPC Boston in Thursday’s opening round of THE NORTHERN TRUST than the manner which Rickie Fowler chose.

That he failed in what would be considered the traditional route – that is, targeting a par 5 – and chose a more challenging way was in rhythm with this, the most trying of his 11 PGA TOUR seasons.

Starting on the front side, Fowler made par on the fives going out, Nos. 2 and 7, then he closed off his round of 4-under 67 with a birdie at statistically the easiest hole, the par-5 18th.

Ah, but Fowler holed a 164-yard approach to make the day’s lone eagle at the par-4 17th. That helped ease the pain of the bogeys he had made at Nos. 12 and 13, but he knows he’ll need to do much more if he wants to continue the impressive streak he has of making it to at least the BMW Championship in the FedExCup Playoffs.

By day’s end, Fowler’s 67 was solid, but hardly overwhelming. It left him tied for 19th place and translated into only a slight bump in the FedExCup standings.

He entered THE NORTHERN TRUST sitting in 88th place and if he wants to maintain perfect attendance in the BMW Championship – he’s made it every year since joining the PGA TOUR in 2010 – he best get the game warmed up. Fowler was projected to be 78th and only the top 70 get invites.

Olympia Fields Country Club is located some 30 miles south of Chicago but it might be close to Fowler’s heart. It was there in the fall of 2007 when the 18-year-old Fowler, a freshman at Oklahoma State, won his first collegiate tournament (the Fighting Illini Invitational), beating Jorge Campillo by a stroke.

Call it a successful launching, because Fowler has morphed into one of the world’s greatest golf talents, five times a PGA TOUR winner and up until this year a fixture inside the Top 20 in the Official World Golf Ranking. That status has taken a hit, however, for Fowler in his last 11 tournaments has missed six cuts and failed to record a top 10.

His world ranking has fallen to No. 35, a position that will surely fall should he fail to make it into an 11th straight BMW.

Move forward, fall back: Tommy Fleetwood’s up-and-down-season continued when he pushed to 8 under and into the solo lead before finishing bogey, double-bogey at the par-3 eighth and par-4 ninth. His FEC standing was 65th when he left the U.S. in March and when he returned for the 3M Open, he was 81st. Right now, he is projected just inside the cut (69th) to get into the BMW Championship.

An afternoon meteor: They’re only projections, remember, and we’ve got 54 holes to go, but a round of applause for the biggest gainer of the day – Australian Cameron Davis. No. 91 in your FedExCup standings, the 25-year-old made quite a playoff debut by throwing down a tidy 7-under 64 to get into a share of the lead with Harris English, Kevin Streelman, and Russell Henley. A bogey at his 17th hole, the par-4 eighth, cost Davis the outright lead, but still, he was projected to move to No. 6. G’day mate, indeed.

Going the wrong way: Phil Mickelson bogeyed two of the three par 5’s, which should tell you what sort of day he had. With a 3-over 74 to sit in a tie for 112th, Lefty will need a huge rally if he’s to continue his perfect streak of qualifying for the BMW Championship. He hasn’t been outside the top 70 since the playoffs began in 2007 (he was qualified in ‘07 but chose not to play). Starting the week at No. 67, Mickelson is currently projected to fall to 79th.