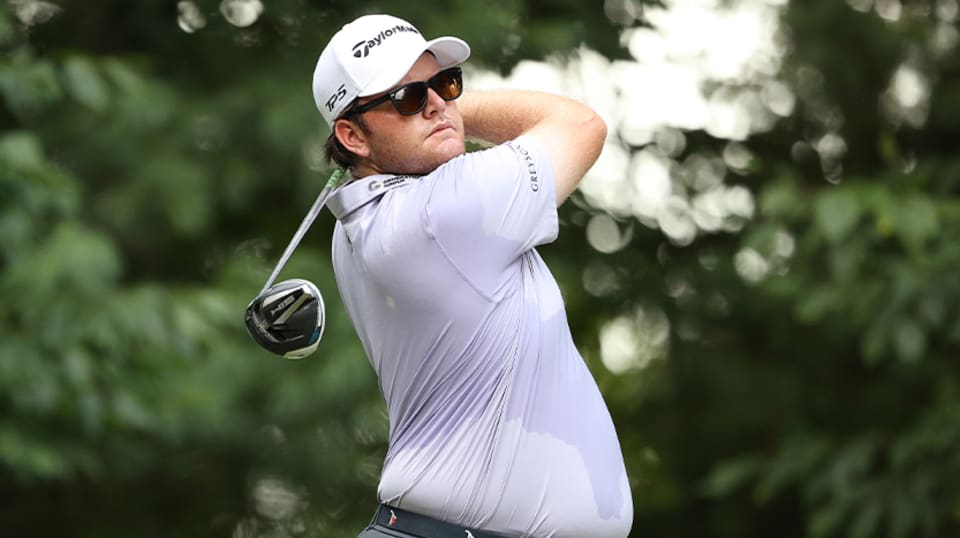 NORTON, Mass. – Being a PGA TOUR rookie, Harry Higgs is soaking in all these projections that come with the FedExCup standings.

He looks at the computers and “even the scoreboards, which are so high-tech these days.”

Saturday was one of those days when it was especially fun to look because the personable Higgs made three birdies going out, then three more over his final five holes to post his second straight 5-under 66 to roar up the leaderboard. Having started Round 2 in a tie for 12th, Higgs is now joint fifth.

True, he barely put a dent in his deficit – he trailed Dustin Johnson by 10 after Friday and is still eight back – but the true measure of his third round can be told in his movement up the FedExCup standings. Starting the week 72nd, his current projection is 34th, and if he maintains the trajectory he’s on the rookie can pencil in the BMW Championship.

Swede on the move: Alex Noren would appear to be a decided underdog this week, given his lack of history at TPC Boston (one start, a T-43) and the fact he doesn’t exactly deliver the power game that so many others do.

Ah, but the 38-year-old Swede is a dogged competitor, as hard a worker as you’ll find, and when you can hit 16 greens – as he did in a third-round 64 – you’re going to hang in there.

The onetime Oklahoma State standout is looking for his best FedExCup finish in three tries. He was 43rd in 2018, a year when he made it to the BMW Championship, but finished 129th a year ago and missed the playoffs.

Starting Round 3 in a share of 40th, 10 off the lead, Noren birdied six of his final 12 holes, including each of the last three, to roar into a tie for ninth.

He is projected 54th in the FEC standings, a big jump from No. 78, where he started.

Coming in from north of 100: Two players who started the week well down in the FedExCup standings have made significant gains at THE NORTHERN TRUST.

Charley Hoffman, No. 111 coming in, shot 68 – 201 Saturday and sits in share of ninth place. That projects him at 72, getting him closer to a possible BMW Championship berth. He has missed the BMW two straight years after having qualified every year between 2007 and 2017.

Meanwhile, Russell Henley is also trending nicely. He started at No. 101 but rounds of 64-67-70 have him sharing ninth place and a projection of 67 in the FEC standings.