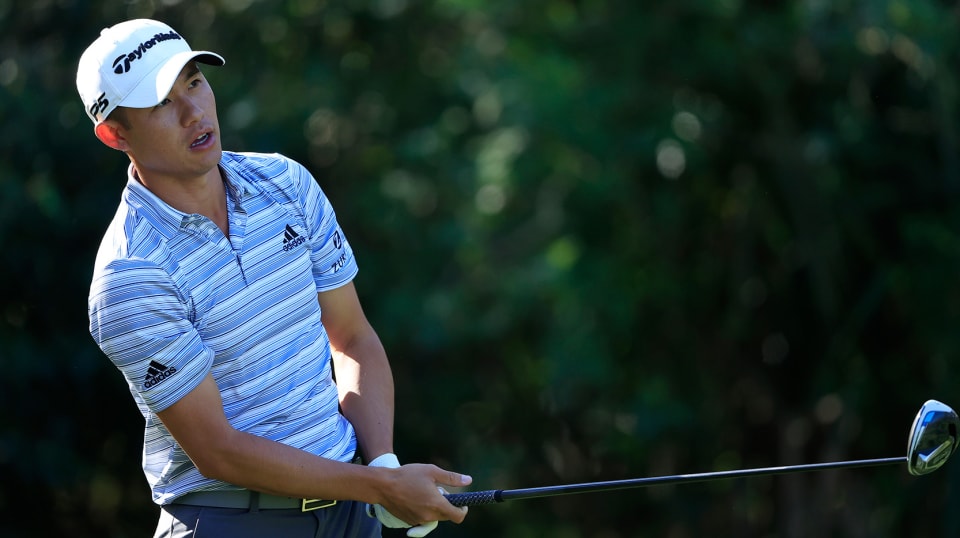 Justin Thomas said this week that it took him a long time to
learn the course and how it played in May, which was the tournament date
when he registered his best finish, T3, in 2016.

“If
you drive it well,” he said, “being in March, it’s always going to be
softer, the fairways and the greens, and you can make so many birdies
out here. You have four par-5s, a lot of short scoring clubs into holes.
But if you get it out of play, you’re missing the fairways, you get it
out of play on the par-5s, it’s tough to shoot under par out here.”

Webb Simpson missed the cut in four of his first six PLAYERS starts but won in 2018.

“I just learned that you have to respect the golf course,” he said. “There’s trouble on every hole.”

This
year’s true rookies include but are not limited to Cameron Percy, 46,
the oldest first-timer not to get in via a win at the Bridgestone SENIOR
PLAYERS. Scott Harrington isn’t too far behind at 40. Maverick McNealy
co-owns the career wins record at Stanford (11). Lefty Robert MacIntyre
comes from Oban, Scotland. Tyler McCumber has Sawgrass in his blood.

Will
Zalatoris, 24, is the most highly regarded true newbie. He’s climbing
up the world ranking (47th) and coming off a T10 at the Arnold Palmer
Invitational presented by Mastercard.

The second-time first-timers, though, are truly dangerous.

Last
August, Morikawa won the PGA Championship, becoming the ninth player to
win the PGA in his debut. He shot a 4-under 68 in the first round of
THE PLAYERS last year and is riding high after capturing the WGC-Workday
Championship with his new “saw” putting grip.

As for the notion that he’ll have to pay his dues at the Stadium, don’t be so sure.

“I
did my normal prep Monday through Wednesday,” he said of 2020, “and was
able to play Junior PLAYERS, even though I was never in contention.
It’s not like I’m showing up having played just one tournament round.
I’ve seen it quite a bit now. For me, every week I see the same guys,
and that’s what helps me no matter what the tournament is called.”

Norway’s
Viktor Hovland looks ready to win, too. Top-five finishes in four of
his last six starts, including a win at the Mayakoba Golf Classic
presented by UNIFIN, have him up to No. 3 in the FedExCup. What’s more,
he also shot 68 in his one and only competitive round here.

“I
haven’t thought much about that,” he said, when asked whether he feels
more like a first- or second-timer. “I guess it will be my first because
I only got one round in. It was a good round.

“I have good
memories of that day,” he continued, “I’ll try to build on it. I haven’t
played there much. I played Junior PLAYERS. It’s a fun track; I’m
looking forward to playing it again.”

Scottie Scheffler also got his first look at Sawgrass at the Junior PLAYERS. He, too, shot an opening 68 last year.

“I feel like I know the course pretty well,” he said.

So
does South Africa’s Christian Bezuidenhout, who scorched Sawgrass with a
65 last year. That round notwithstanding, he said, he still feels like a
newcomer this week.

“THE PLAYERS is the one everyone wants,” he
said. “It’s the biggest PGA TOUR event apart from the majors. I’d like
to play that course four rounds and finish off on Sunday.”

As
would they all – and this year they will. We’re about to see what
happens when one of history’s most extravagantly talented rookie classes
takes the biggest stage on TOUR.