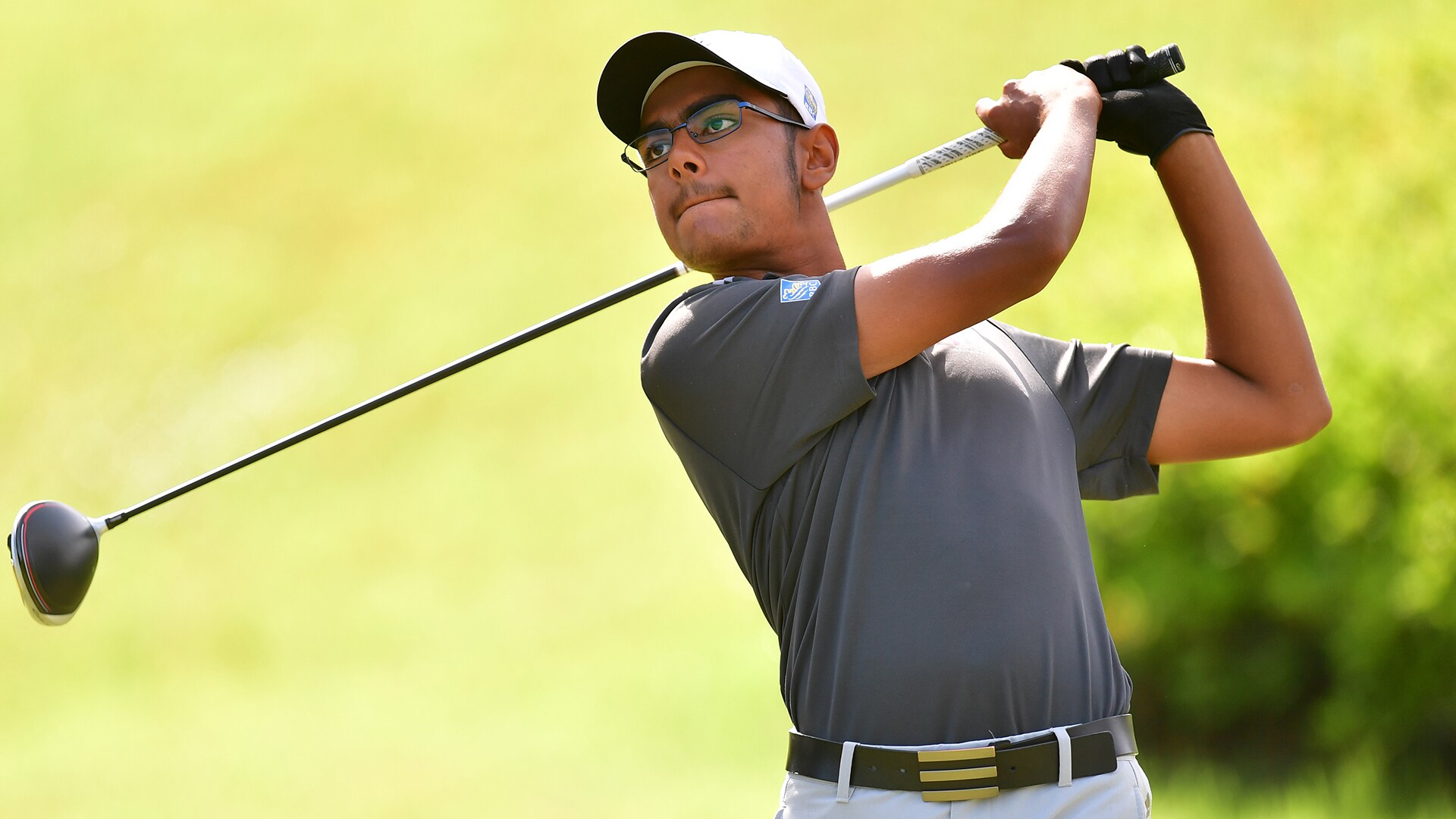 Bryson DeChambeau’s thought of driving it over the lake and into the ninth fairway while playing No. 18 this week at TPC Sawgrass isn’t unprecedented.

The aggressive line is already known as “The Sihota Line.”

“It’s a lot wider target to hit,” Sihota told GolfChannel.com on Tuesday. “I knew I had speeds capable of doing it, so I figured why not? It leaves you a better angle into the green and basically takes the water out of play.”

Sihota said he didn’t even attempt the unorthodox play during the practice round, but he had been struggling with his driver after gaining nearly 20 mph of clubhead speed in a sixth-month span and found himself spraying shots off the tee in the opening round.

So, when he stepped on the back tee at the difficult 462-yard hole, he decided to shoot a big tree that sits just right of the ninth fairway. The gun returned a distance of 340 yards, which solidified his decision.

“My playing competitors thought I was lining up to hit a big slice,” he said. “It’s just the target in the normal fairway is so small with driver, it didn’t make sense when I had the option of going to nine. The second shot leaves you a better angle, too; as long as you hit it solid, you’re going to clear the water. It takes the big mistakes out of play, I feel.”

Sihota birdied the closing hole in his first attempt and then followed with bogeys in each of the final two rounds. He also hit the ninth fairway all three times with a 350-yard shot that left him about 170 yards into the green.

“My ball speeds are equivalent to his, so I think he’d be right where I was,” said Sihota, whose ball speed hovers in the mid-190s during competition. “He can’t go too far left on nine, but if he goes at that tree, I doubt he’ll reach the bunker [through the fairway].”

Some have suggested that DeChambeau could drive it into a section of rough right of the ninth cart path and the water, but Sihota noted that area, though closer to the 18th green, features a severe slope. He tried dropping several balls there, and nearly every time the ball rolled down into the water.

Sihota maintained that the only play would be to land the ball in the ninth fairway.

“It’s a blind shot because of the hill that leads up to the cart path,” he said, “but you just walk up the hill, pick a target in the background, pick a tree, get a sense of where the pin is and just make sure you have enough to carry the water.”

(It’s worth noting that DeChambeau’s approach shot would likely be more blind because of hospitality tents, though those don’t appear to be tall enough to interfere with the ball flight and he probably could get a drop from the TIO anyway.)

Sihota said there was “a lot of buzz” when he went the aggressive route last summer. He couldn’t imagine the reaction if DeChambeau followed suit this week.

Of course, just hours later, the PGA Tour announced internal out of bounds left of the water at No. 18, which would prevent DeChambeau from attempting the shot.

That means “The Sihota Line” will remain untouched at least through Sunday.