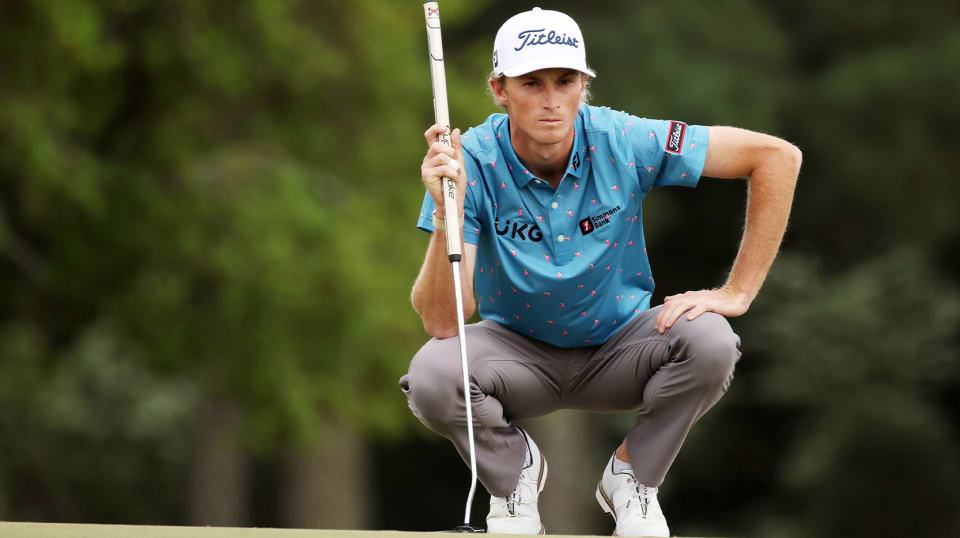 AUGUSTA, Ga. — Experience is supposed to be a requisite for Masters contenders, but Will Zalatoris is showing that skill trumps seasoning every time. Even in the firm conditions that reward those who’ve memorized every nook and cranny of Alister Mackenzie’s design, the 24-year-old – one of just three professionals making their Masters debut this week – finds himself in contention.

Birdies on his final three holes Friday gave Zalatoris a 4-under 68 and a spot in Saturday’s final group. He’ll start the third round two shots behind Justin Rose, who followed Thursday’s incredible 65 with an even-par 72.

History weighs heavy at Augusta National, the only venue that hosts a major championship on an annual basis. It can be suffocating for someone setting foot on the property for the first time but Zalatoris’ nerves have been drowned out by the gratitude he feels to be competing in the Masters just months after playing on the Korn Ferry Tour.

“I wanted to be here my entire life,” he said. “Some people shy away from that, but I’m excited to be here. … There’s no reason to feel intimidated now. I made it to here.”

He took a non-traditional route. Zalatoris didn’t even have a PGA TOUR card at the start of the season. His pro career got off to a rough start when he failed to advance out of the first stage of Korn Ferry Tour Q-School in his first attempt. It was an unexpected obstacle for Zalatoris, who’s been elite since junior golf. He followed in the footsteps of Jordan Spieth and Scottie Scheffler as U.S. Junior champions from Dallas. He was teammates on the 2017 Walker Cup with Collin Morikawa, Cameron Champ and Scheffler.

But two years ago this week, he was ranked 1,514th in the world. He was happy just to Monday qualify for a Korn Ferry Tour event in Panama. Even a year ago, he was still hovering around 500th in the ranking. He’s been on a rapid rise ever since the Korn Ferry Tour resumed after its COVID-induced hiatus, amassing a record-tying 11 consecutive top-20 finishes on that circuit.

His success on the Korn Ferry Tour earned him a spot in last year’s U.S. Open. He hasn’t been back since. A T6 finish at Winged Foot not only allowed a larger audience to observe his impeccable iron play but confirmed to Zalatoris that he could compete on the highest level.

“At the U.S. Open, he told me that on the third hole is when he realized that it was just like another a tournament,” said swing coach Troy Denton. “You could tell at the beginning of this week, he had a swagger. He just believes.”

Scott Fawcett, creator of the course-management system known as DECADE, has known Zalatoris since he was a teenager.

“I’ve played with tons of great players and Fred Couples, when he was No. 1 in the world is the only one I’ve played with that hits it as solid as Will,” Fawcett said. “He has hit it like a top-30 ball-striker since he was a kid.”

Zalatoris led the field at Winged Foot in Strokes Gained: Approach and ranks fifth in that category this season. He made a hole-in-one in the U.S. Open’s opening round and hit his tee shot on another par-3 off of a flagstick.

His accurate iron play is on display again this week. Augusta National is known as a “second-shot golf course” because of the importance of placing the ball on the correction portion of the sloping putting surfaces. The spindly Zalatoris is capable of launching high approach shots that land softly on those small sections.