“Every time you think about it as a kid growing up, it’s always, you know, this putt is to win a green jacket; this putt’s to win the Masters. I think that’s just because of the history and everything that’s gone on here at Augusta National and how special it is to all the golfers and special it is to just golf in general around the world.” – Patrick Reed (winner)

“Of course it’s frustrating. But it’s hard to take any positives from it right now, but at least I put myself in the position. That’s all I wanted to do. The last four years I’ve had top‑10s, but I haven’t been close enough to the lead. Today I got myself there. I didn’t quite do enough. But, you know, come back again next year and try.” – Rory McIlroy (T-5)

“I gave it my all. I left everything out there on the golf course. Like I was talking about, I was just a little too far back. And to go out there and leave everything out there, it would have been nice to have a few more coming in and give it a real chance. But we did everything we could.” – Rickie Fowler (second)

“The first time I saw the leaderboard was after I tapped in on 18. Honest to God. Didn’t look once today. That was my plan going in. I’m nine back. Go out and just have fun. Don’t worry about the golf tournament itself, worry about playing Augusta National. I heard roars. I knew somebody was playing well. With eight people ahead of me starting the day, to get that much help and shoot a fantastic round was nearly impossible. But I almost pulled off the impossible.” – Jordan Spieth (third)

“It was nice to finish off like that and make it a top‑10 and get me back here next year. But, yeah, not the day that I was after.” – Marc Leishman (ninth)

“There weren’t many downs. The only down I would say is the second shot on 15. You know, it’s sad, it’s sad too, because I played so good the last three days and that one shot, one shot where I feel like I made a perfect swing and wound up in the water…I wish I would have made a couple more putts, but it is what it is, it’s hard to win a major championship.” – Jon Rahm (fourth)

“I played well this week, just putter let me down. I played well enough to have a great chance to win the tournament, I just didn’t make any putts. And any time I kind of got some momentum I did something to crush it.” – Justin Thomas (T-17)

“Obviously there’s a lot of good scores today, we had the roars back that we always talk about Sunday afternoon. The wind was down so people were scoring pretty good. For me, I made a couple mistakes, silly mistakes. I think the back nine, the last few holes, I got it under par, I got it in the 60s, so it was a nice finish. But obviously I needed that start like Jordan had.” – Bubba Watson (T-5)

“I’m here on Sunday at the Masters and just the opportunity to be here alone was good enough and to be able to make the cut and have the honors of winning the low amateur trophy this week, I was just trying to make sure that I appreciate the moment and then don’t let my emotions get in the way.” – Doug Ghim (T-50)

“It was a good week, but I wouldn’t say it anything better than good. I hit it a little, a lot of great shots, putts didn’t fall, way too many three‑putts, and just some missed opportunities. But I certainly, I grinded it out, I stayed in every round, and I had a chance to do some great things.” – Adam Hadwin (T-24)

“It’s a hole that you know that you can make an ace on, but most people don’t pull it and bounce it off the top of the bunker and come in from the left‑hand side. It wasn’t the perfect shot I was looking for, but somehow it just carried the bunker and took a right and went in the hole. I mean it’s a great experience and a great feeling and it’s something you’re thinking on that hole but not the way I did it.” – Charley Hoffman (T-12)

“To be on the back nine at Augusta on a Sunday, to be playing some good golf, it doesn’t get much better. One of the highlights of my golfing career thus far, no question, has been this week.” – Tony Finau (T-10) 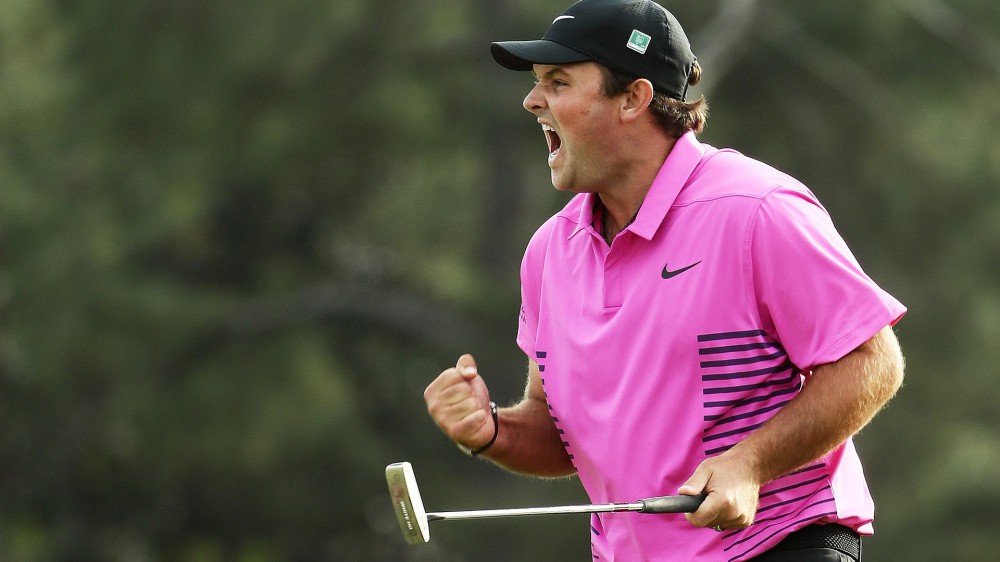